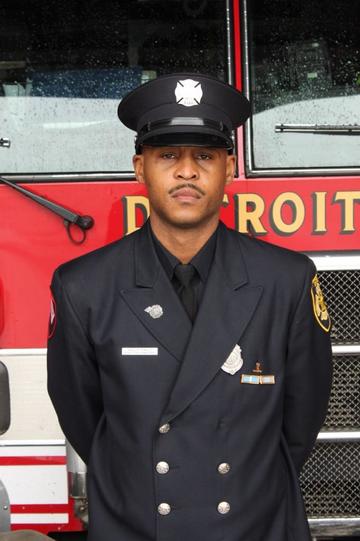 Wesley Rawls had just arrived at the gate area to meet a friend after his shift on Feb. 19 when he felt something uncomfortable in his shoe. As he bent down to remove what he believed to be a rock, the Detroit-based below wing customer service agent heard a loud thud… and knew something was seriously wrong.

He saw a man lying on the ground. The customer’s wife began shouting for help and Rawls ran over.

Asked if the man was on medication, his wife explained that he had recently undergone open heart surgery. Hearing this, Rawls dropped to the ground and began chest compressions, 30 the first round, 30 the second round. 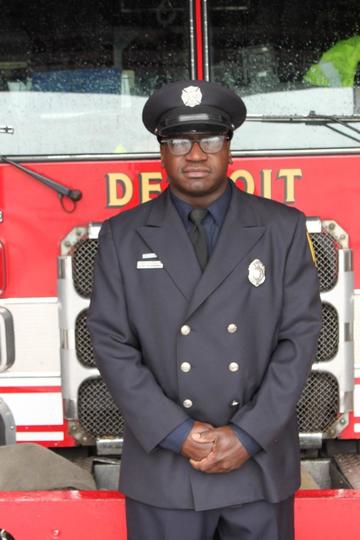 Corey Woodson, another below wing agent, had just walked upstairs to meet Rawls when he saw his friend leaning over a customer. Woodson joined Rawls and took over compressions, conducting two more sets.

“To them, this act of going above and beyond was just part of the job,” said Helda Durham, Department Manager - Below Wing, Detroit.

The customer began to regain consciousness and started breathing slowly. Rawls and Woodson turned the customer to his side. A few minutes later, paramedics arrived and took over for the Delta employees.

Woodson said he and Rawls were just glad they could be in the right place at the right time.

“After work that night, we went out and celebrated… happy that we had saved someone’s life,” Woodson said. Rawls and Woodson both work part-time, below wing for Delta in Detroit. During their time away from Delta, they are heroes every day, serving as firefighters at the Detroit Fire Department, 6th Battalion.

At a ceremony last week at the fire station, both men were honored by John Fechushak , Vice President -  Airport Customer Service, Detroit, with Delta “Save the Day” awards. Delta’s Corporate Safety, Security and Compliance “Save the Day” award is a nomination-based recognition program for individuals or teams that demonstrate outstanding presence of mind by performing an exceptional act to save life/limb, prevent aircraft damage, protect the environment or minimize a crisis.

Rawls' and Woodson's story was featured on the local Fox News affiliate in Detroit.

“These two young men went above and beyond the call of duty and were so humble, wanting no recognition for what they did. They even tried to leave the scene unnoticed,” said Durham. “This team effort made a difference when help was needed most and exemplified Delta’s culture of safety. We are so proud of you, Wes and Corey!”