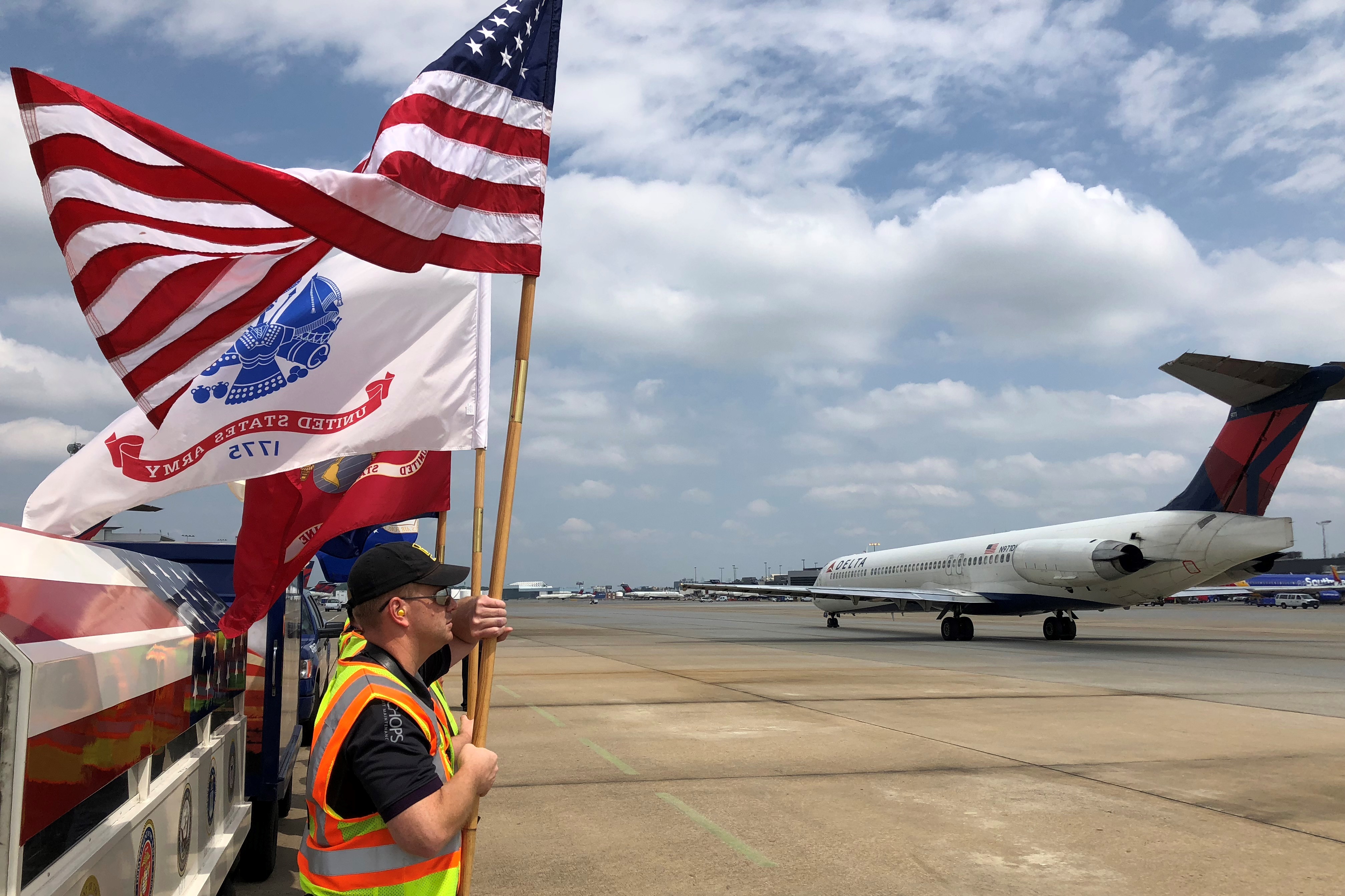 When Delta people heard during their morning commute that Atlanta radio personality Kristin Klingshirn would be flying that afternoon with a special request, they resolved to make a difficult day a memorable experience. 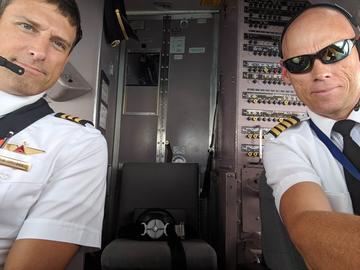 The co-host of The Bert Show, a syndicated radio program, was traveling from Atlanta to Ohio last week with her father's ashes for his funeral. On the air, Kristin expressed her wish for her father, a Vietnam War gunner for a helicopter recovery unit, to sit in the cockpit one last time on the flight.

Met curbside at the Delta terminal, Kristin and her husband, carrying her father’s urn, were greeted by Delta Elite Services and escorted through security.

They were then driven to their gate at the airport’s busy B Concourse where they awaited the arrival of the Honor Guard team that was beginning a service for a customer at another gate.

“We didn’t get all of the details of the parties involved, but we had what we needed to support the request,” said Brian McConnell, an Airport Customer Service employee who leads the Honor Guard. “It came down to us being able to finish our service at one gate, pack up our trucks and get over to the other gate in a timely manner.”

The Honor Guard members arrived and moved into position to help pay respects to Kristin's father. A short prayer was offered to the family, along with a commemorative medal.

At the same time, the Dayton flight’s captain, who had just arrived from another flight a dozen gates over, was met by his leaders and presented with the veteran’s history and the request.

Kristin was met at the end of the jetway by Captain Quinn, who would pilot her father’s final flight.

“I was hoping that you would honor my family and allow my dad to sit up front, in the cockpit with you one last time. It would mean the world to us,” Kristin said.

“It would be my honor,” he replied, taking the urn. 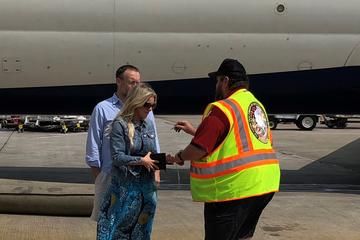 Outside, the Honor Guard had come to attention as the aircraft pushed back from the gate and taxied for takeoff past the waving flags.

Onboard the pilots alerted passengers, many of whom had unknowingly watched the ceremonies from the gate window, of their special guest on board their flight. Upon landing in Dayton, the local airport team greeted the flight waving American flags. 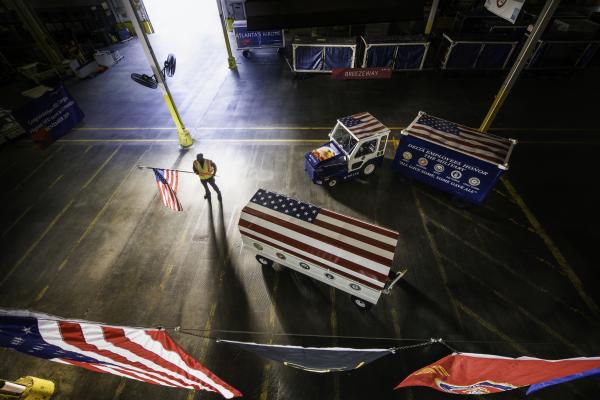 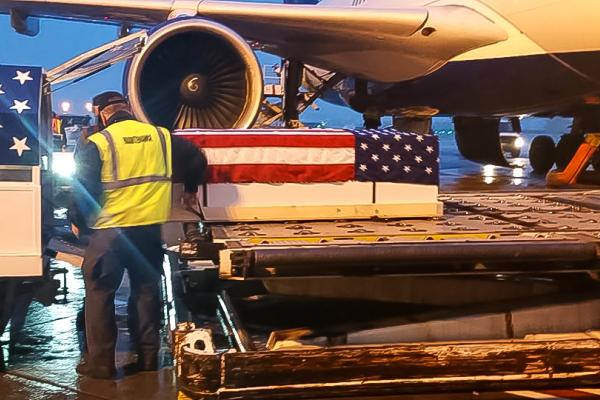 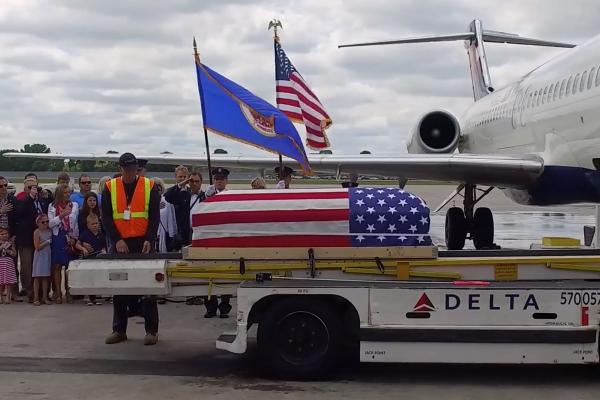