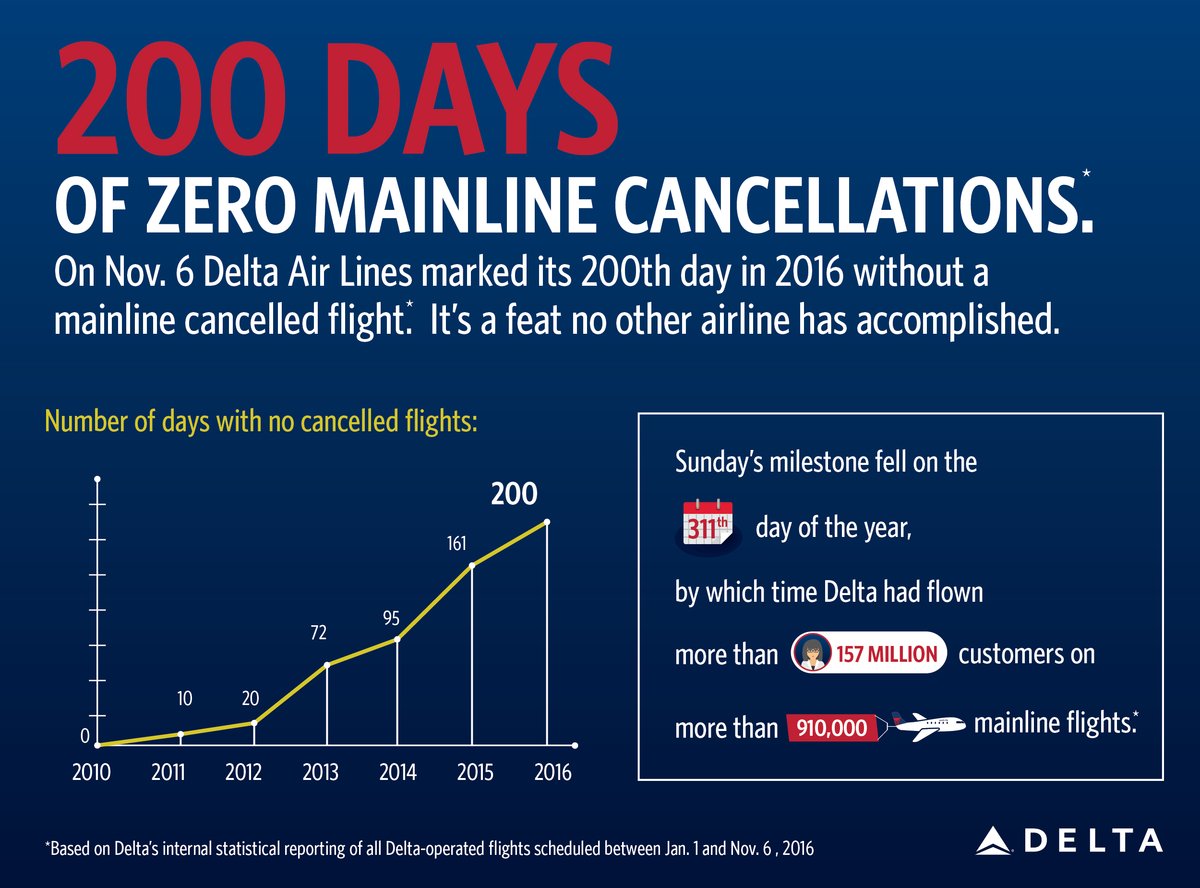 On New Year’s Day 2016, Delta didn’t cancel a single mainline flight. It happened again the next day, and the next. Fast-forward to Sunday, Nov. 6, and the airline had gone 200 days this year without a single mainline cancellation—nearly two months shy of the end of the year. 1

It’s a feat no other airline has accomplished -- something that just a few short years ago, even Delta leaders themselves thought nearly impossible—bringing renewed meaning to the airline’s post-merger "Keep Climbing" ad campaign which promised to “Build a better airline, not just a bigger one.” 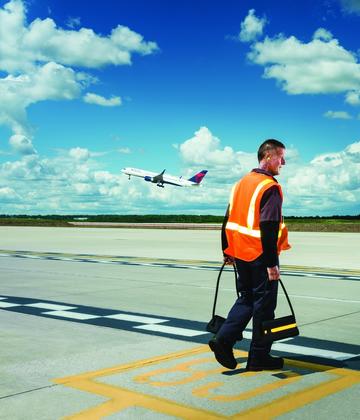 “Setting records like this has everything to do with our 80,000 dedicated employees for whom continuous improvement is in their DNA,” said Dave Holtz, Senior Vice President—Operations and Customer Center. “We’re committed to making this airline great for our global customers and creating the best run airline in the business. Industry-leading operational performance is just part of that equation.”

Delta has made a strong commitment to reliability, highlighted in a series of social media videos themed #whoweare that began in late August. In each one, employees speak directly to customers.

“It’s us, the Delta team,” employees say in the first 60-second spot. “Who are there from the second you check in to the moment you land, making sure that whatever you have planned goes as planned.”

“Being reliable is what we’re all about at Delta,” another employee says, followed by others who add, “It’s who we are.”

Sunday’s milestone fell on the 311th day of the year, by which time Delta had flown more than 157 million customers on about 910,000 mainline flights. And there are still 55 more days of cancel-free opportunity left in 2016.

In addition to the mainline milestone, Delta has also achieved 67 "brand days" - days with no cancellations for Delta or any of its Delta Connection regional carriers - so far in 2016.

[1] Based on Delta’s internal statistical reporting of all Delta-operated flights scheduled between Jan. 1 and Nov. 6, 2016.