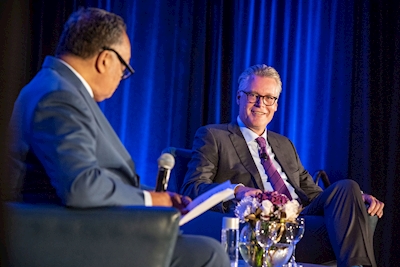 ​​At the 19th Annual Creating Opportunity Conference sponsored by Rainbow PUSH and the Citizenship Education Fund, the Rev. Jesse Jackson and Ed had a fireside chat in which core values to both the airline CEO and Delta were recognized. Ed shared the importance of investing in the communities where Delta people live, work and serve, represented by the airline's commitment to give back 1 percent of its annual net profit to key charitable organizations each year.

"We fly to cities and destinations all over the world — and many airlines can do that — but it's our people that make all the difference. It's the experience Delta employees give our customers," Ed said. ​

He reflected on vivid and proud memories of his 20 years at Delta, and shared how the company's industry-leading profit sharing plan is one of the many ways it thanks its employees.

The Rev. Jackson also recognized Ed's sincere commitment to equity and inclusion, values reflected from the inside out at Delta, from its community partners and suppliers to the company's work to diversify its leadership, workgroups and pipeline development. ​

"Not only is it the right thing to do, it's the smart thing to do," Ed said. Additionally, he recently formalized his personal commitment by being one of the first CEOs pledged to The CEO Action for Diversity & Inclusion.

"You stand up for what's right and it takes leadership to have courage to do the right thing," the Rev. Jackson said. While Delta recognizes progress in diversity and inclusion as a long-term process, Ed is one of the first and few to receive the Rainbow PUSH's Corporate Leadership Award.

Delta has partnered with the Rainbow PUSH Coalition and Citizenship Education Fund for years.

The Rev. Jackson is one of America's foremost icons for giving back and was recognized in 2000 when he was awarded the Presidential Medal of Freedom, the nation's highest civilian honor. 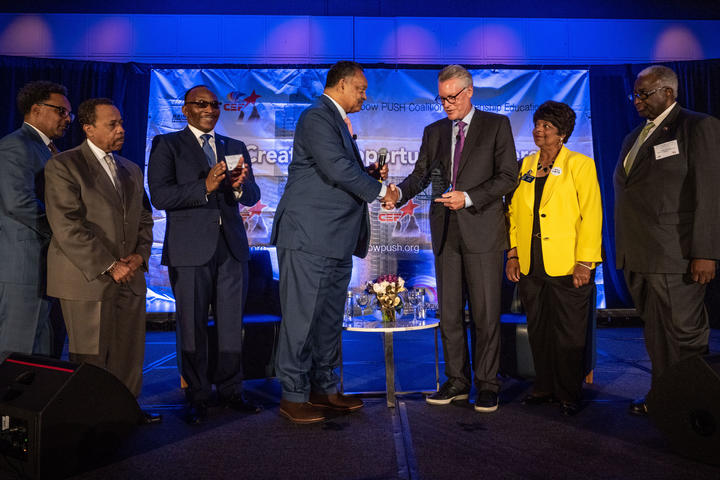 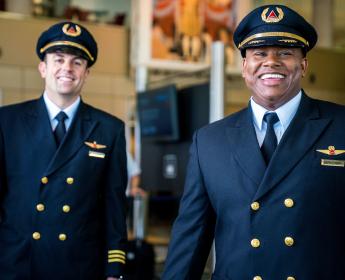 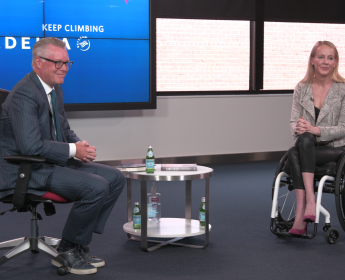