On the road less traveled

Sometimes being a contrarian is a good thing. Doing things differently is why Delta’s customers enjoy the most reliable operation in the history of commercial aviation. It’s why we’re building an international hub in Seattle, how we have grown to become New York’s City’s No. 1 airline and why we have become a major player in the London Heathrow market. These steps have increased competition and provide great benefits for our customers, employees and investors.

While some of our competitors are closing maintenance facilities in their home states and outsourcing jobs, we’re opening an engine shop in Atlanta where we employ thousands of highly-skilled technicians and engineers. Rather than allowing ourselves to be victims of wildly volatile global oil prices, we went into the energy business ourselves by buying a refinery.

Our unique approach enabled us to give most of our 80,000 employees a 14.5 percent pay raise starting next month. And our profit-sharing program remains of the most generous in U.S. business. We’ve made record profits and reduced debt, pushing our credit rating to just a notch below investment grade. We’ve rewarded shareholders with dividends and share buybacks. The result is a stock price that’s up more than 250 percent in five years and a market cap topping $40 billion, also the best in the industry. We are investing in our people and product while keeping a moderate cap on capital expenses.

In this approach to running our business, we discovered that we just don’t have much in common with most of the other nine members of Airlines for America, the industry trade association known as A4A. Among them are cargo shippers, whose business priorities have little resemblance to ours; and discount airlines, which operate under a completely different business model and cater to a different customer base.

On most of the policy issues that we see as critical to the long-term future of Delta’s employees and customers, A4A was either sidelined or outright opposed. For example: 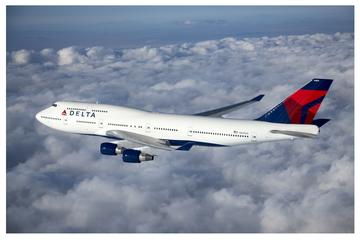 Given this state of affairs, why would we continue to support this organization with $5 million in annual dues? Our money can be better spent. That is why we chose to part ways with A4A. We also asked the group to waive a six-month notice period, so we could immediately focus on advocating policies that are in the best interests of our customers and employees.

We realize doing things differently can sometimes annoy our competitors. For example, we are happy to operate codesharing and interline agreements that benefit our customers by providing additional travel options. If those agreements don’t help our customers, and instead just benefit rival airlines, we have no qualms about cancelling them. Delta has fought a lengthy, and costly, legal battle to continue to operate a small level of service at Dallas Love Field, an airport where Southwest Airlines has a near-monopoly operation. Why? Because our customers in Dallas tell us they want Delta providing more choices and competition at Love Field, so we are willing to fight for them. And it’s surely annoying to them that we’ve had 129 days so far this year without a single mainline flight cancellation – more than the other major airlines combined.

We don’t look at the airline industry as a club. We look at it as a business. We are focused on our own customers, employees and investors, not those of our competitors. And we will never apologize for putting our people, customers and investors first and competing tenaciously with the other airlines.

Nick Calio, A4A’s respected and capable president and CEO, said he wanted a “unified industry voice” in advocating for the group in Washington D.C. The truth is the industry is far from unified. Our path diverged from the rest long ago.

We wish A4A and its members the best of luck, but we plan to continue to chart our own course.

Ed Bastian is President of Delta and a member of the Board of Directors. He directs a team focused on strengthening Delta’s financial foundation through strategic innovation, debt reduction, revenue growth and bolstering the airline’s global network. Bastian played a pivotal role in Delta’s merger and his teams have overseen the purchase of the Monroe refinery and investments in the customer experience, from facilities improvements at hub airports to in-flight product improvements.

"We are focused on our own customers, employees and investors, not those of our competitors. And we will never apologize for putting our people, customers and investors first and competing tenaciously with the other airlines."