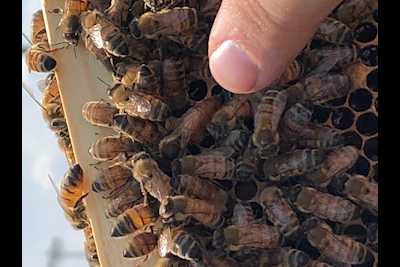 Today Delta people near and far have spoken, declaring the names of their new honey bee queens — recently unveiled, along with their hives, at the airline’s headquarters in Atlanta. This is in connection with Delta’s newest local sustainability effort with the help of eco-friendly startup Bee Downtown.

For the last three weeks, employees throughout Delta’s system have been able to engage in its corporate initiative by participating in a fun name campaign to submit creative ideas worthy of royal honey bee status.

Over 4,000 initial submissions were made consisting of a variety of thoughtful (‘Deltabeena’), clever (‘Wasabee’) and humorous or nonsensical (‘Bob’) potential monikers.

A small team of worker bees ‘combed’ the list to find a combination of the most popular names along with those that would best represent Delta’s history and strong culture. Narrowing the list to 70, and again to 15, the final names were divided into three categories, Delta Culture, Pop Culture, and Bee Culture to capture the scope of submissions.

As the votes rolled in, a few names competed for first place but the strongest leaders emerged once the polls closed on Monday. 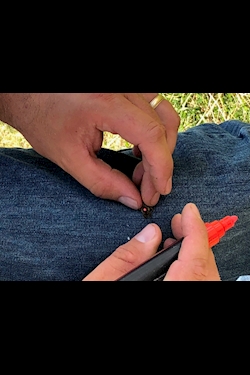 Queen Bee E. Woolman nods to Delta’s historic founder, C.E. Woolman, while B. B. Queen to its sophisticated and influential style. Finally, Amelia Beehart pays homage to the female pioneer of aviation.

Now employees and beekeeping enthusiasts can follow the progress of the queens by name as their hives receive regular visits from the trained beekeeper provided by Bee Downtown. During a recent visit, the beekeeper carefully crowned the queen honey bees with a red dot to easily spot them on future visits.

Stay tuned to Delta News Hub for more updates as well as @DeltaNewsHub and @BeeDowntown on Twitter.

Long live the queens and may the nectar be ever in their favor! 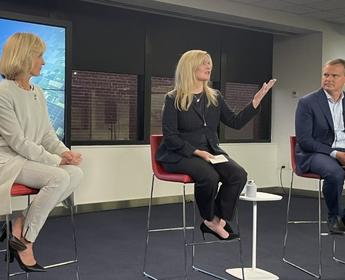