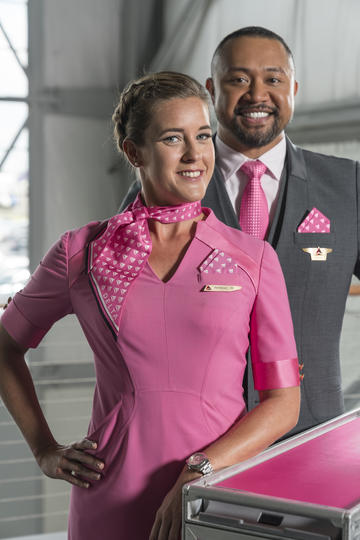 To celebrate and help raise awareness for October as Breast Cancer Awareness Month, Delta Air Lines and Zac Posen today pulled back the curtain on his pink dress, which will be seen in airports around the world in October 2018.

The pink dress is a Delta staple worn each October to raise support for Breast Cancer Research Foundation (BCRF), and the new design will be joined by five other pink uniform pieces. Customer service agents and flight attendants will have pink options like Posen’s V-Neck Dress, female scarf, male and female pocket squares, and men’s ties; below-wing employees, like technicians and ramp agents, will sport pink hats.

It was the voice of a breast cancer survivor and flight attendant that spearheaded Delta’s original, iconic pink dress in a conversation with Delta’s CEO.

“The pink dress was the result of employee feedback from inception and is a coveted uniform favorite,” said Allison Ausband – Senior Vice President – In-Flight Service. “For years, the vision behind the dress has stayed the same, continuing to make an impact around the world and generating awareness for the Breast Cancer Research Foundation and its mission of finding a cure.”

In previous years, the pink dress has only been donned by in-flight teams, but now pink uniform options will be widely offered for the first time to all above-wing, frontline employees as response to feedback.

“We are one Delta team and, for the first time, the pink dress will be proudly worn by both Airport Customer Service and In-flight employees. Coupled with a variety of men’s wear and below wing options, these October pieces will put our passion on display and help us in our fight to eradicate cancer,” said Gareth Joyce, Senior Vice President – Airport Customer Service and President – Delta Cargo. 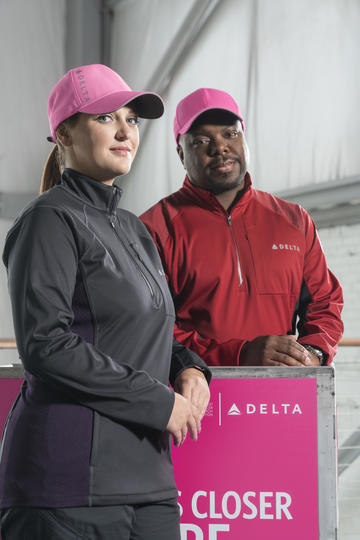 Delta revealed its employee-led uniform modernization with New York fashion designer Zac Posen last October. Posen has partnered directly with employees from nearly every work group to design the collection, developing a functional wardrobe fit for Delta’s diverse employee group and the environments where they work.

Delta people have raised $12.8 million for BCRF since 2005, and have funded over 44 different research projects over the years to ultimately end breast cancer. Throughout the month of October, frontline employees raise money by selling specialty pink items on board and at pink boutiques around the system.