Seasonally inspired menus, wine program debut on board Delta One 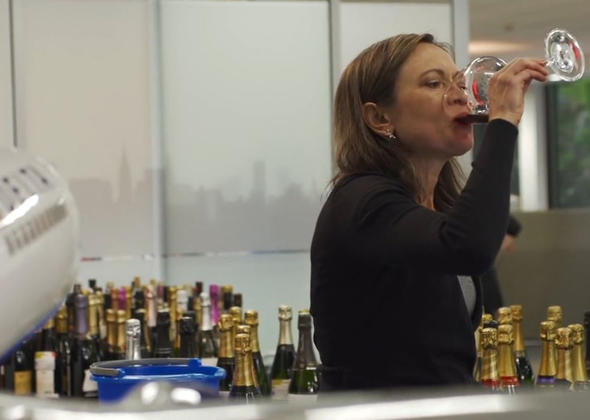 Flavors of spring arrived to international Delta One on March 1 as winter menus rotate out and are replaced with new spring menus, bringing seasonal dishes with healthful, locally sourced ingredients to Delta One customers on transoceanic flights.

As Delta One customers enjoy the latest culinary creations from Delta’s partner and in-house chefs, they’ll also be able to enjoy wines from Delta’s 2016 wine program, curated by Master Sommelier Andrea Robinson. Effective today, Delta’s on-board wine selection will sync up with the seasonal rotation of the menus and follow a similar seasonally inspired and regionally sourced approach.

“The enhancements to our wine program provide a unique opportunity to offer a variety of regionally-sourced wines, including small, emerging and family-owned wineries, on board to our customers,” said Allison Ausband, Senior Vice President – In-Flight Service. “Each menu includes a rich diversity of regional origin, with wines that pair well with the flavors and cooking styles of the season.”

Spring menus and the scoop on the seasonal approach

The spring menus are the second installment in the Delta’s seasonal menu program that launched Dec. 1, as part of the airline’s continued efforts to elevate and redefine the on-board culinary experience in thoughtful and innovative ways.

Depending on the route, menus will feature the culinary talents of the airline’s in-house and partner chefs, including Linton Hopkins, Michelle Bernstein, Michael Chiarello and Carmen Quagliata of Union Square Cafe – the latest restaurant featured as part of Delta’s partnership with Danny Meyer’s Union Square Hospitality Group.

Seasonality isn’t the only impressive element. The menus also feature ingredients that are sourced locally from farmers and artisan producers, bringing freshness and quality while also supporting businesses in the local communities. Union Square Cafe, for example, sources from the Brooklyn rooftop greenhouses at Gotham Greens.

Like the winter menus, the spring menus will be offered on board for three months, from March 1 through May 31, with appetizer and salad options rotating monthly to provide some variety for frequent fliers.

Delta One customers can enjoy the spring-inspired dishes with a glass of red or white wine from the 2016 wine program, now rotating on the same schedule as the seasonal menus. 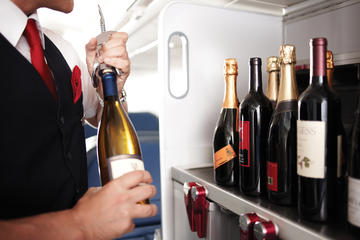 Master Sommelier Andrea Robinson has taken a similar approach to wines as the airline’s chefs have with their menus, selecting wines that pair well with seasonal flavors and ingredients and sourcing a number of locally-made wines from, in some cases, small, artisanal and family-owned wineries.

In addition to rotating wines seasonally, a South American wine program, featuring selections from Argentina and Chile, has been added to the lineup to support Delta's continued focus in Latin America.

“There is so much excitement in South American wine right now, and it’s a great time for us to have dedicated selections for our Latin routes that pay homage to regions such as Chile and Argentina,” said Andrea Robinson, Master Sommelier for Delta. “I’m particularly excited that we are working with some of the most pedigreed and authentic family wine families in Latin America, and I know that our customers will be thrilled to enjoy some of these world-class wines.”

The 2016 spring wine program consists of:

In addition to the red, white and champagne selections, all three wine menus will also include dessert wine and port selections.

Andrea Robinson is one of only thirty women worldwide to hold the title of Master Sommelier. She is the only woman ever designated as the Best Sommelier in the U.S. by the Sommelier Society of America and is the winner of three James Beard awards. She is an honors graduate of the French Culinary Institute, and in 2004 was also named Wine and Spirits Professional of The Year by Bon Appétit.