NEW YORK - Before picking up the racket to defend her championship at America’s most iconic tennis event, Serena Williams warmed up with one of her favorite off-court passions – karaoke! – Wednesday night. 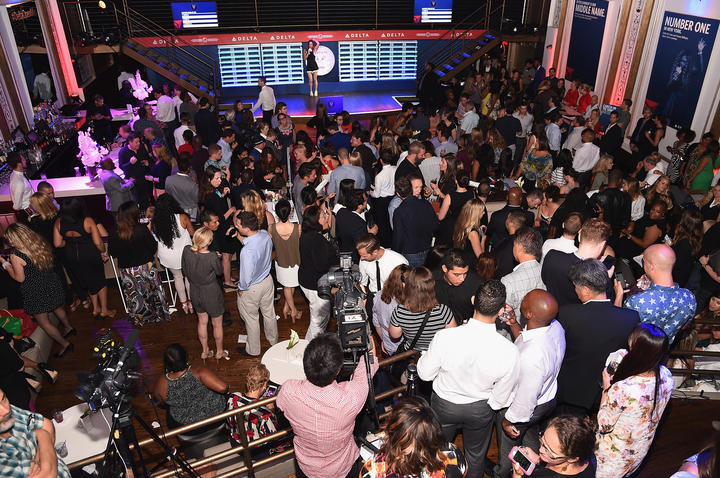 Williams charmed the crowd with spirited renditions of “Under the Sea” and “Motownphilly,” while celebrities and other guests took turns at the mic to belt out their own favorite tunes.

More than 200 Delta customers and partners attended the event, and media turnout was high, with coverage of the festivities quickly appearing in ESPN, Daily Mail and Associated Press. This year, Delta also partnered with Williams to stream portions of the event via Facebook Live, which generated interest on social media channels as well.

Delta forged a partnership Williams in 2013, and the successful relationship has leveraged sales, Sky magazine, in-flight entertainment, sponsorships and other corporate relations efforts to generate strong media exposure for both the airline and the player.

In addition to this year’s karaoke event, Delta is extending its support of Williams through a national ad in the Aug. 30 New York Times Magazine featuring the player, plus digital channel messaging at Delta hubs at New York-JFK and New York-LaGuardia.

Additionally, throughout September, an on-board video featuring Williams will play after the safety video on all U.S. flights. The video features Williams competing against herself at different stages of her career, drawing parallels with Delta’s relentless spirit and growth.