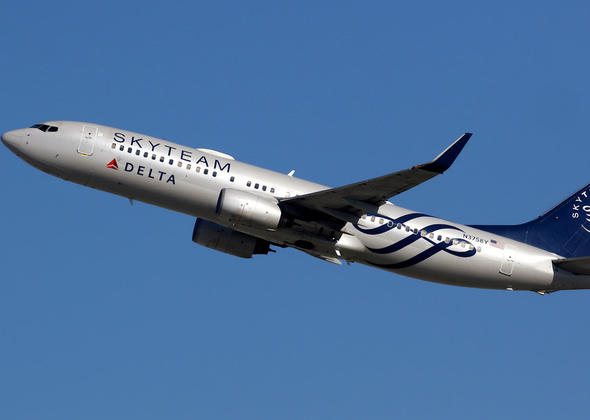 Download
Launched in 2019, 25by2025 is a voluntary commitment to increasing the number of women in senior positions and under-represented areas by 25% or up to a minimum of 25% by 2025.
DELTA NEWS ON THE GO. Subscribe and follow.

All 19 SkyTeam member airlines have signed up to the International Air Transport Association’s (IATA) 25by2025 initiative, as the global airline alliance advocates for greater gender diversity in the industry. Launched in 2019, 25by2025 is a voluntary commitment to increasing the number of women in senior positions and under-represented areas by 25% or up to a minimum of 25% by 2025.

In echoing to IATA's 25by 2025 initiative, SkyTeam airline members commit to:

“SkyTeam members unanimously support IATA’s 25by2025 initiative, working to close the gender gap to ensure greater representation for women in our industry and to better reflect the diversity of our customers,” said Kristin Colvile, SkyTeam CEO and first female CEO of a global airline alliance. “SkyTeam and its members are also working on a variety of programs and resources, including leadership and network development, to nurture female talent, increase the number of women in senior executive positions and help encourage future generations of women to choose aviation as a career.”

Amongst global airlines, Air France already stands out from the crowd with a woman, Anne Rigail, at the head of the company as CEO and an exemplary board of directors comprising nine women out of 17 members.

“At Air France we do all we can to take action and promote access for women to positions of responsibility. We are committed to providing women with access to certain professions, particularly in technical fields, which may have traditionally been seen as being reserved for men. Encouraging diversity of all forms allows the whole company to progress,” said Anne Rigail, CEO Air France.

“I welcome SkyTeam and all its member airlines to the 25by2025 initiative. Delivering on this commitment to improving diversity and inclusion will strengthen their businesses and the entire industry. Being the first airline alliance to join 25by2025 sends a signal about the determination of the aviation industry to close the gender gap. And it sets a positive example for others to follow as we continue to expand this critical industry commitment across the IATA membership and beyond,” said Willie Walsh, IATA’s Director General.

Later this year, SkyTeam plans to launch a year-long development program to promote career advancement for female leaders across its membership. SkyTeam’s RISE Leadership Program – rolling out across all 19 members - will provide mentoring, a series of development opportunities and executive coaching to high potential female leaders from each SkyTeam airline member. RISE is sponsored by Anne Rigail, CEO of Air France and James Wang, Chairman of China Eastern Investment Company and Chairman of the SkyTeam Executive Board, both of whom are committed to increasing gender diversity and inclusion in the airline industry.

25by2025 is a voluntary initiative to improve female representation in the industry by 25% or up to a minimum of 25% by 2025. So far there are 62 signatories who have committed to making the industry more gender balanced. In 2021, as part of 25by2025, IATA will continue to collect data on key metrics followed by the development of a best practice playbook for Diversity, Equity and Inclusion in Airlines (2022) and an updated study on Diversity Equity & Inclusion in Airlines (2023)