Sorry, airlines aren’t “charging as much as ever”

In a column on the website Quartz, Democratic presidential candidate Hillary Clinton makes the case that the American system of capitalism isn’t working the way it’s supposed to and needs fixing. It’s an issue that is sure to be debated by all candidates in the coming year.

The former secretary of state is correct when she writes, "It's good for our economy when companies prosper by innovating, creating new products, and investing in their workers." But she is wrong to use the airline industry as an example of where that's not happening. 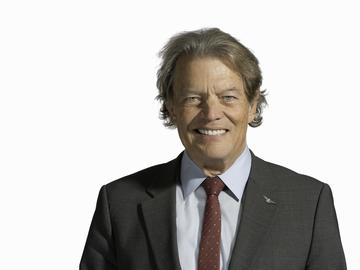 She says that "the four major airlines - down from 10 airlines just 15 years ago – are charging as much as ever for tickets."  That’s just not true. The average airline fare in 2014 was about $400, including fees. This was $50 lower than the average fare 15 years ago, adjusted for inflation.  And average fares in the U.S. today are 7 percent lower than they were a year ago.

The fragmented airline industry of 15 years ago not only produced higher fares for consumers. It led to $65 billion in airline losses over the next nine years, and 142,000 lost middle-class jobs. Strapped for cash, airlines were unable to invest in customer service and the flying experience suffered – consumers certainly felt the difference. For airlines, their employees and customers, the pre-consolidation period of 2000–2009 was a dismal period – the only ones who prospered were the bankruptcy lawyers.

Thanks to airline mergers, the large airlines are more competitive, more innovative and a better employers. Delta's profits last year enabled over $3 billion in profit sharing and retirement contributions for our 80,000 employees. Industry employment has steadily increased since 2010.

The large airlines are investing billions of dollars in new aircraft and improved technology to improve the customer experience. Delta is on track this year to record more than 100 days without a single flight cancellation.  And airline competition is alive and well – the number of airline seats in the domestic market is the highest since the recession, and the highest ever internationally.

Concentration may be a problem in some industries, but airline mergers brought financial stability to an industry which desperately needed it.  Thanks to consolidation, at Delta we are doing exactly what Secretary Clinton prescribes for American business – innovating, creating new products and investing in our workers.

Consumers, shareholders, and airline employees have all benefited. And it's worth remembering that the airline industry's 400,000 employees are also consumers – and only because their companies are finally doing well.