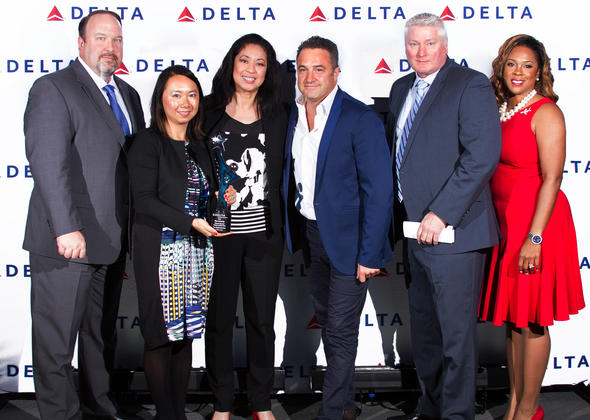 Supplier Diversity is proud to honor the contributions of the company’s top minority-owned, women-owned and small business suppliers. Throughout May, the team has joined the nation in celebrating Asian-American and Pacific Islander Heritage Month, which celebrates the culture, traditions and history of Asian-Americans and Pacific-Islanders in the U.S.

What began as a congressional resolution in 1978 honoring Asian Heritage Week has evolved into a full month of events, activities and celebrations of the many rich cultures that comprise the Asian-American community and their historical contributions to the fabric of American life.

The month of May was chosen in recognition of two milestones in the history of the U.S.: the arrival of the first Japanese immigrants in 1843 and the completion of the transcontinental railroad, which was largely the work of Chinese immigrants, in 1869.

The Asia-Pacific region includes more than 40 distinct ethnic groups from across the continent of Asia and the Pacific Islands. Delta’s global footprint provides service to many of the airports that serve these diverse nations and cultures.

Asian-Americans are among the highest educated and fastest growing segments of the American population with around 20 million people.

Delta counts a number of companies from the Asia-Pacific region among its key suppliers, including Buzz Export Services, an Australian-based marketing solutions company that was recognized as the 2016 Woman-owned Supplier of the Year at the annual Star Awards program.

Delta’s partnerships are built on the company’s core values of honesty, integrity and respect.