Delta this week rolled out SweetWater’s award-winning, signature 420 Extra Pale Ale as the national craft beer offering, giving the crisp, refreshing Georgia-brewed craft beer international exposure. The beer will be available in most domestic U.S. markets as well as all flights to Canada, Europe, Latin America and the Caribbean.

“As Atlanta’s hometown airline, we are excited to expand our partnership with SweetWater – one of the city’s most renowned breweries,” said Allison Ausband, Delta’s Senior Vice President – In-Flight Service. “Delta is passionate about serving up local food, wine and beer onboard to our customers, bringing a little taste of home to 30,000 feet.”

The partnership began in 2014 as a limited offering on seven select flights originating from the airline and brewery’s shared hometown of Atlanta.

“We’re thrilled Delta is serving up SweetWater to even more of their passengers,” said Freddy Bensch, founder of SweetWater Brewing Co.  “Sipping on a 420 at 30,000 feet makes the travel experience even tastier.”

SweetWater Brewing Co. was founded in Atlanta 20 years ago, and lives by the motto “Don’t Float the Mainstream!”  The first 420 Extra Pale Ale was brewed on April 20, 1997, and the flagship brew continues to be a favorite among craft beer fans.  Each week, thousands of visitors head to the Midtown Atlanta brewery for tours and tastings of its award-winning line up of year-round, seasonal and limited release styles.

In late 2014, Delta became the leader in bringing craft beer onboard, adding SweetWater to even more routes and working with many other craft breweries across the country to serve a selection of beers from locally-known brands. Fast forward to present day, the airline serves more than 30 local and regional beers on board. 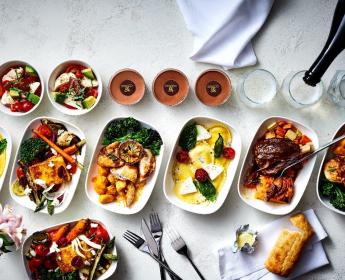