Tagalongs for the troops: Girl Scouts and Delta give cookies to USO

Delta’s growth in Seattle inspired an 11-year-old local entrepreneur in the making to expand her business, resulting in a successful Girl Scout cookie sales pitch just in time for National Girl Scout Day. 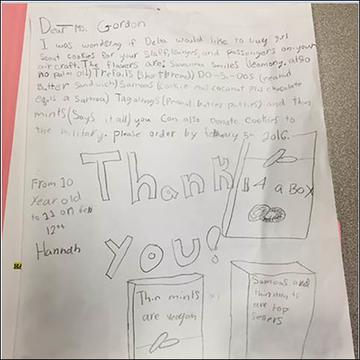 Hannah, a member of Girl Scout Troop #41365, wrote a letter to Sandy Gordon, Vice President – In-Flight Service Field Operations. The letter began with a simple ask: “I was wondering if Delta would like to buy Girl Scout cookies” – and ended with a sale of 250 boxes of cookies and a donation to members of the U.S. Armed Forces.

“I was amazed at the creativity and confidence of Hannah reaching out to us to buy her cookies,” Gordon said. “It was the perfect excuse for us to support a young saleswoman and give back to our troops. Everyone loves Girl Scout cookies, and partnering with USO Northwest in Seattle allowed us to brighten the day of some very special servicemen and women and their families.”

Delta celebrated National Girl Scout Day, which is recognized on March 12, early by donating and delivering 250 boxes of cookies to its partners at the USO Northwest SEA-Tac Center last week.

Brand Ambassadors and Seattle-based flight attendants Heidi Burmeister and Kristina Cummins joined Hannah and two other members of her troop to pass out the cookies. One by one, they hand delivered the cookies to servicemen and women and their family members to enjoy or take with them on their next flight. 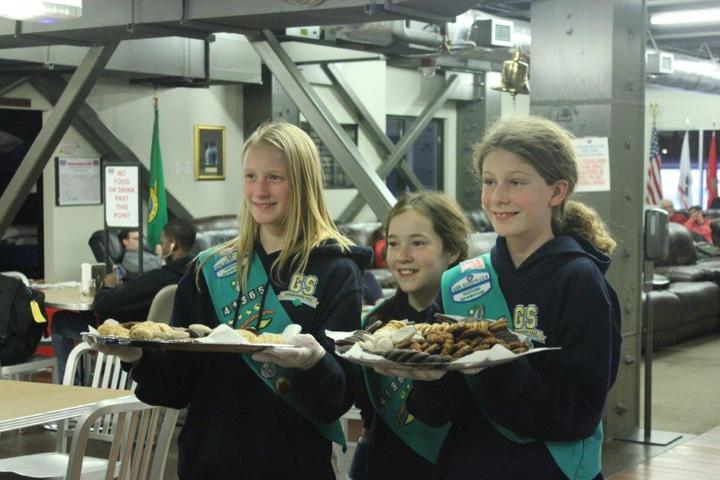 “Hannah, Katerina and Zoe had a great time this evening handing out those Girl Scout cookies to such a wide range of military folks and families,” said Hannah’s mom Beth, who accompanied the girls to the USO. “I cannot imagine a more meaningful way for the girls to understand what Delta and Hannah's letter-writing skills, in the service of Girl Scouts, accomplished.”

The experience was also special for the flight attendants, as Burmeister and her daughter were both Girl Scouts, and Cummins volunteers at several of her niece’s Girl Scout activities.

In addition to the airline’s support of USO Northwest, Delta contributes to several USO locations around the country including Bob Hope (L.A.), Georgia (Atlanta), and USO of Metro New York, as well as the Minnesota Armed Forces Service Center and Freedom Center in Detroit.