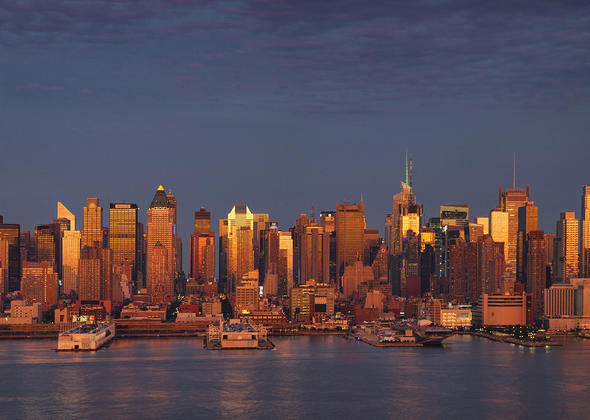 The flight path between London’s Heathrow Airport and New York’s JFK is the world’s busiest, with around 6,000 passengers flying the route each day. With fierce competition in New York and London, Delta has developed a long-term strategy for success, with millions of dollars invested in customers, facilities and the cities themselves.

“Back in 2009, Delta was a distant third place in revenue position in New York among the major U.S. carriers, our brand awareness was low, and we were underinvested in the city – we had an uphill climb ahead of us,” explains Grimmett, who joined Delta as a strategy analyst in 1995 and was a vice president in revenue management prior to taking on her current role. “New York is a market where people expect you to keep your deals. So we promised upgraded airports, a better product, and a broader network, and that’s what we’ve delivered.”

With the right team now in place, Grimmett’s first task was to tackle Delta’s underinvestment New York. The airline secured funding for a new $1.4 billion, state-of-the-art terminal at JFK, which opened in 2013; a further extension was added in January 2015. A multi-million dollar overhaul at LaGuardia – where the airline expanded its network through a slot-swap deal with US Airways – followed. Six years later, Delta is now the largest player in the city, operating over 500 peak-day departures from its JFK and LaGuardia hubs to 130 worldwide destinations.

In addition to investments at the airports, Grimmett and her team have also made the airline part of the fabric of the city. The airline maintains partnerships in the New York area with major sports franchises, community volunteer programs and the arts. Delta is the Official Airline of the New York Yankees and the New York Mets, as well as the New York Knicks, New York Rangers, and Madison Square Garden. Delta also partners with dozens of civic organizations including Food Bank for New York City, the YMCA of Greater New York, and the Whitney Museum. Grimmett herself is often one of the first to get involved.

Having built solid foundations in New York, Delta’s focus has turned to the crowded London market. Until 2008 Delta had no access to Heathrow but has since been building a solid network from the airport.

“We’re investing in our customers’ experience with a flat-bed product from Heathrow and an arrivals lounge,” says Clinton. “This, plus the network growth thanks to our joint venture with Virgin Atlantic, has been essential to levelling the playing field.”

Delta now offers up to nine daily flights to New York and with Virgin Atlantic has around 30 percent of trans-Atlantic capacity from Heathrow. The airline partners recently launched an aviation-themed lounge bar, NY-LON, at London’s O2, which draws on Delta’s successful launches of its Sky360 lounges at Madison Square Garden and London’s Chelsea Football Club’s Stamford Bridge Stadium.

In its fourth year, the sponsorship of London club, Chelsea F.C. has given Delta brand exposure in London and worldwide, thanks to the global appeal of the English Premier League. “Partnering with a local club raises our profile by giving Delta an emotional connection with fans and the local community,” explains Clinton. The partnership will also benefit residents in New York’s Harlem neighborhood, where Delta is a sponsor of a Chelsea F.C. ‘blue-pitch’. Construction on the project will start early in 2016.

Recognizing that brand investment has been key to success in New York, the airline is continuing to find innovative ways to get into the London mindset. A fleet of Delta-branded taxis across the city, combined with targeted media campaigns, are just two ways it’s making its mark. However, like in New York, Delta wants to become part of the city and is a proud sponsor of the Prince’s Trust.

“This is our first partnership of this kind outside the U.S.,” says Clinton. “It’s not just about raising our profile in London; we want to be London’s airline and what better way to do that by giving back to the local community?”