The Brussels Airport community observed a day of remembrance today, two years after the devastating terror attack that ripped through the check-in area on March 22, 2016. 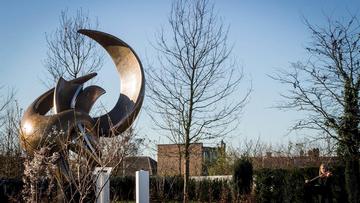 Belgian Prime Minister, Charles Michel and Brussels Airport Company CEO, Arnaud Feist joined staff at the airport, including Delta's #TeamBRU, to observe a minute's silence at 7:58am – the exact time the bomb detonated. Sadly, 32 people lost their lives in this attack and the blast at a downtown metro station that day, including nine Delta customers with a further 300 injured. The airport's departure hall was badly damaged and the airport remained closed for several weeks.

"Today is an opportunity to reflect and remember the atrocities from two years ago," said Christine Marchand-Pardo, Managing Director Airport Customer Service – Europe, Middle East, Africa and India. "The team and wider Delta family pulled together and managed miracles in what was a tragic moment for the airline and the city of Brussels."

Delta employees based in Brussels, as well as those who responded to the crisis from Atlanta and Amsterdam, and Care Team members from stations around the globe, worked tirelessly to get Delta's operations back up-and-running in a temporary terminal built in the airport's car park. Delta people across the system also showed their support through the Hearts for Brussels initiative, in which they sent notes of solidarity and compassion for the city. A Memorial Garden has also been built at the airport in memory of the victims, while a plaque marks the tragic event inside the terminal.

Delta has been a long-term operator to Brussels and has always been committed to the city. This summer, the airline will operate nonstop services between New York-JFK and Atlanta to Brussels.