AMSTERDAM - This month marks the 25th anniversary of Delta’s service to Schiphol Airport. Since launching its maiden flight from Atlanta, the airline’s network at Schiphol has steadily grown and today the airline operates 19 peak-day flights over the summer to nine U.S. gateways.

One of Europe’s largest gateways, Schiphol Airport serves 55 million passengers each year and is Delta’s biggest hub outside the U.S. Around 100 international airlines fly to the airport, which offers 319 destinations and is home to Delta’s joint venture partner, KLM. 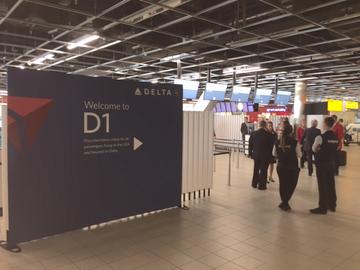 The size and scope of the hub means the Delta team is always on the go. The operation is overseen by regional manager Mark K. with station manager, Brenda N. and coordinator Lillian R.  There are 11 dedicated duty managers who look after customer and baggage services, along with check-in staff, gate agents and Red Coat customer service experts.

Here's how a recent day went:

6 a.m. – The day begins as passengers arrive to check in for Delta’s first flight of the day, DL133. All Delta flights depart from Terminal 2.

7:30 a.m. - There’s a daily conference call with Schiphol’s hub control center, during which the airport’s duty manager talks through the day’s plans.  Around 85 percent of Delta’s passengers at Schiphol are in transit, which means weather delays or broken baggage systems can quickly have a domino effect.

“When external factors cause disruptions, the KLM partnership gives us numerous contingency plans,” says Mark. “KLM has the flexibility to fly bigger aircraft to accommodate customers if we are forced to cancel a flight.”

8:15 a.m. – A quick briefing for Delta’s vendors at Schiphol, including KLM, which handles above- and below-wing operations on Delta’s behalf.

“Such a large-scale operation requires a big team effort,” says Mark. “We have a very close working relationship with KLM and our duty managers’ assistance is invaluable in providing a safe, reliable operation.” 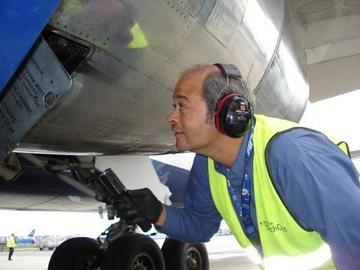 The new centralized security at Schiphol, which went into effect June 3, means Delta customers flying via Amsterdam can no longer undergo the required pre-departure security at the gate. To accommodate these changes, Delta has built two dedicated, branded Documentation Centers which passengers must go to in order to complete the necessary checks and obtain their boarding pass for their next flight.

Although there’s plenty to do at Schiphol – the airport houses a casino and an offshoot of the world-famous Rijksmuseum – the minimum connecting time at the airport is only 50 minutes.

“Every minute is more critical than ever given the short connection time and the new procedures in place,” explains Mark. “(We) can process 1,000 passengers per hour and there are Red Coats working hard to make sure customers know where they are going.  We constantly monitor customer satisfaction … and so far, passengers are reacting well to the new changes, plus the additional Delta branding is raising our profile at the airport.”

11:30 a.m. – A delayed inbound flight from Nairobi means several customers will miss their connection to Atlanta. Deciding to hold a flight for connecting passengers versus an on-time departure with or without bags is an important part of Mark, Brenda and the duty managers’ job.  Whenever customers miss an onward connection Delta and KLM work aggressively to help them. Customers at risk of misconnecting are identified while still in the air, so their new travel arrangements can be waiting for them when they land in Amsterdam.

Noon – The next peak departure time is from now till 2 p.m. and while the departure gates are getting busier, the maintenance crews are taking care of the aircraft that arrive into Schiphol.

A Delta Tech Ops line maintenance team was established at Schiphol in 2014. The 24-strong unit has an average turn-around time of 1 hour and 35 minutes to fix reported problems or identify others before signing off the planes to head across the pond. 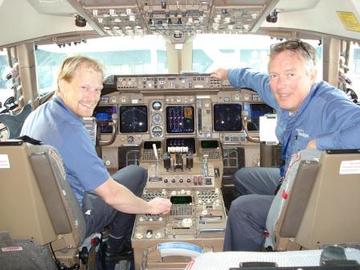 “Given the number of our planes flying daily to Schiphol and across the region, having a dedicated Delta presence here means we can help minimize maintenance-related delays significantly,” explains Adam S., Maintenance Manager.

1 p.m. – Brenda arranges a special Red Coat escort for a Dutch musician who is flying to New York and has checked in at the new SkyPriority area. In addition to an enhanced check-in, a number of SkyPriority services are also available at Schiphol, including priority boarding and baggage handling, fast track security clearance and access to KLM’s lounges.

2.45 p.m. – The last Delta flight of the day, the DL165 to Minneapolis/St Paul, is getting ready to depart and the below-wing crew is busy loading a shipment of Dutch flowers onto the aircraft.

Around 40,000 tonnes of cargo flies on Delta flights from Schiphol every year. The airport is known as a ‘mainport’, meaning that it links air, road and rail networks. This works to Delta’s advantage, as around 70 percent of the cargo is trucked to Schiphol from other destinations in Europe. Schiphol is also home to SkyTeam Cargo, an alliance of 12 airlines that ships 6 million annual tonnes of cargo to 904 destinations worldwide.

“Schiphol is one of two large European cargo bases in the North Atlantic joint venture and by working with Air France-KLM it gives Delta an extensive network for freight shipments throughout North and South America from Amsterdam on KLM," said Danita Waterfall-Brizzi, Director – Delta Cargo in Europe, Middle East and Africa. "We offer a wide range of common products from shipping pharmaceuticals to sport cars.”

3:30 p.m. – Delta’s flights have all departed and the team has a quick catch up on the day’s activities.

“When you’re moving thousands of people through an airport the size of Schiphol there are so many factors to consider,” says Mark. “However with the cooperation of our partners, Delta customers can be sure we’re doing all we can to get them where they want to go, on time, safely and of course, with their bags.”