Third runway at London-Heathrow gets go-ahead 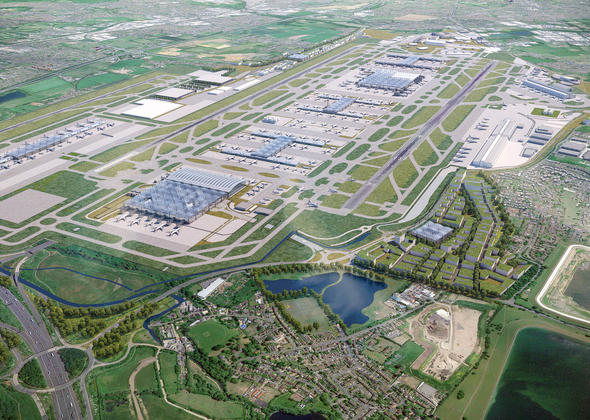 The U.K. government has approved a third runway at London-Heathrow to expand airport capacity in the south east of the country.

Heathrow is the U.K.'s main hub and has long been the airport of choice for businesses. The decision today followed the clear recommendation of the independent Davies Airports Commission last year which endorsed a third runway be built at Heathrow.

​"We believe this is the right decision for London to remain a competitive hub in the long term and meet demand by the business and leisure traveler communities," said Nat Pieper, S.V.P. – EMEA. "Delta looks forward to continuing to work with Heathrow Airport Limited and our joint venture partner, Virgin Atlantic, to offer more choice on routes between London and the United States."

Chris Graying, the U.K. government's Minister of Transport, said, "After years of discussion and delay the government is taking decisive action to secure the U.K.'s place in the global aviation market – securing jobs and business opportunities for the next decade and beyond."

A public consultation will be held on the effects of airport expansion, and British Members of Parliament will vote on the issue in late 2017 or early 2018. It is unlikely that any new runway capacity would be operational before 2025. Gatwick Airport had been vying for a second runway instead of a third runway at Heathrow.

"This is an exciting, once in a generation opportunity to radically transform airline competition at the U.K.'s hub airport. New capacity must be allocated in a way that brings more choice, better service and lower fares for customers," said Craig Kreeger, CEO of Virgin Atlantic. "We will work with Heathrow, the CAA and the government to ensure that the final scheme is affordable, cost-efficient and that the customers of today are not overburdened by paying for runways and facilities that won't be open until the mid-2020s." Virgin founder Sir Richard Branson also voiced his support.