More than 1,000 employees filled the Delta Flight Museum in Atlanta to unite in the fight against modern slavery in honor of National Slavery and Human Trafficking Prevention Month.
DELTA NEWS ON THE GO. Subscribe and follow. 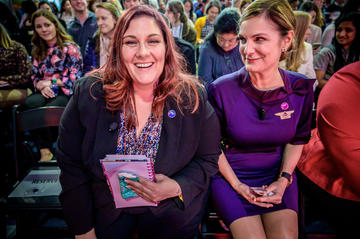 An estimated 25 million people are trafficked worldwide each year, and Delta continues its commitment to fight this crime until every person is set free.

More than 1,000 employees filled the Delta Flight Museum in Atlanta to unite in the fight against modern slavery in honor of National Slavery and Human Trafficking Prevention Month. Over 1,500 employees also tuned into Delta’s livestream on SkyHub.

“Delta is always a smile. It’s always warm, and it’s home. I feel like it’s family,” said Jessica, when talking about her professional experience at Delta. Jessica is a graduate of Delta’s apprenticeship program the airline offers in partnership with Atlanta-based Wellspring Living. The apprenticeships provide human trafficking survivors with career skills, mentorship, and critical work experience to help them chart a course. 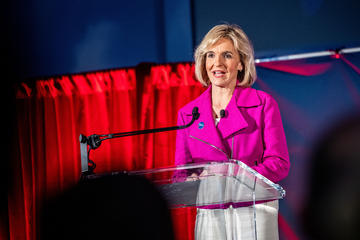 “They matter. They have faces and families. It’s not about numbers. It’s about people,” said Orlando-based flight attendant Tammy S., mentor to Jessica, in reference to the real stories of human trafficking victims and survivors.

Customers can help by purchasing comfortable, clean clothes for trafficked youth in Georgia who will soon arrive at Wellspring Living’s Receiving Center through Amazon. It will be the first facility in Georgia to allow victims between the ages of 12-17 to have a safe place to go after being trafficked. There, they will receive medical care, academic support, and therapy for 90 days before moving to a long-term placement. When a child first comes to the center, they will likely only have the clothes on their back. Go to WellspringLiving.org/Wishlist.

“Data shows that 71% of trafficking survivors report traveling on planes to the U.S. while being recruited, and almost 40% of victims report flying at least once while being exploited,” said Allison Ausband. “Thank you to Delta’s amazing 86,000 employees who have taken the training.”

You can also donate miles to Polaris to support survivors through Delta’s SkyWish program. So far, Delta has provided over 100 flights to transport trafficking victims to safety or to receive critical services. 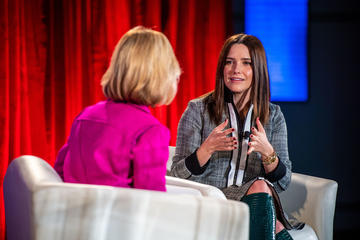 “Predominately in the sex trade and in the world of human-trafficking, women and people who are trafficked are approached when they’re the most vulnerable – people who are suffering from homelessness, LGBTQ+ youth, people who have already been abused, who have a track record of sexual trauma,” said Sophia Bush. “And, they are often groomed into these scenarios by people they believe love them.”

“It doesn’t look like what we think it looks like. It’s incredibly important to learn,” Bush continued.

Delta continues to drive its #GetOnBoard campaign by partnering with anti-human trafficking experts and training over 86,000 employees on how to identify and report trafficking. Most recently, Delta’s training model was adopted by the State of Georgia when introducing a required training for all state employees. 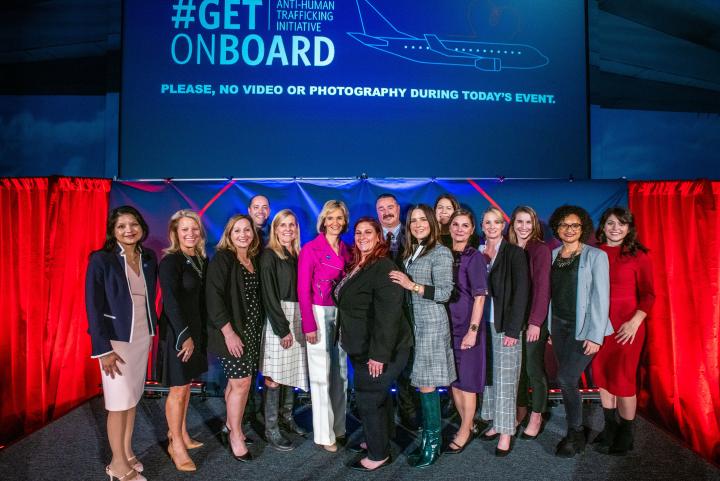