'Today' show's Carson Daly ‘interns’ for a day at Delta

Most people see below wing agents from the plane window loading bags, but there’s a lot more to their jobs than one may think. NBC “Today” show host Carson Daly found that out firsthand when he “interned” with Delta’s New York-JFK below wing team as part of the show’s “Up for the Job” series. The segment aired Wednesday morning.

“Those men and women of Delta work hard!” Daly said on the show. “When you get on a plane, you don’t think about the men and women and what they do in between to get the plane ready, your baggage, everything.” 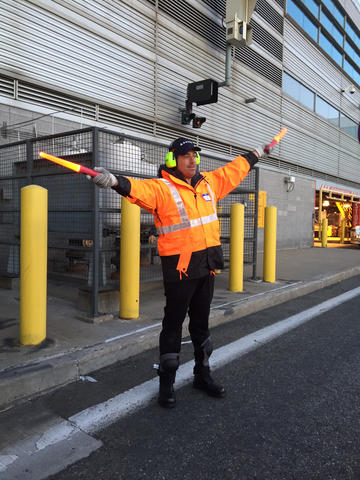 The job of a ramp agent is very physically demanding. Agents work outside in the elements no matter what the weather brings: rain, snow, sleet or shine. On a busy day, the average baggage handler can manually load up to 1.5 tons of baggage and cargo — the same weight as most cars. They are also responsible for maintaining the proper weight and balance of the aircraft.

Daly spent the day loading cargo and baggage, riding along on a baggage tug and helping tow a widebody 767-300 airplane with a "super tug." His final task of the day was parking an inbound aircraft from Jamaica, marshalling the plane to a stop using lighted wands. 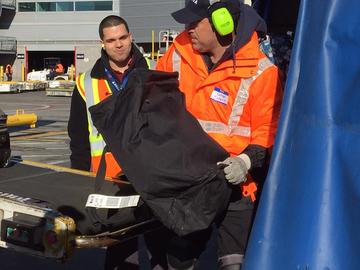 Watch all of Daly's below wing adventures here.