Delta flew more than 3 million customers on more than 28,000 flights around the world during the holiday period from last Thursday to Christmas Day achieving three Brand Days — Delta's measure of days without a cancellation — across the combined mainline and Delta Connection operations.

Amid the inclement weather stretching across the Eastern Seaboard and bringing​ rain and gusty winds to the region, the airline maintained a strong operational performance of four mainline and five Delta Connection 100 percent completion factor days. The airline also accomplished a 73 percent mainline and 72 percent Delta Connection on-time arrival rate (A0)1.

Looking ahead to this week, as a winter storm tracks across the Upper Midwest potentially affecting customers returning home after the holidays, Delta proactively issued a weather waiver Monday for eleven airports, some of which may see several inches of snow.

While normal operations are expected at Minneapolis-St. Paul International Airport, regional airports throughout Minnesota and the Dakotas may see operations impacted from winter weather conditions.

The weather waiver allows customers traveling to, from or through the affected cities on Wednesday, Dec. 26 and Thursday, Dec. 27, to make a one-time change to their travel plans without incurring a fee.

Customers looking towards New Year's travel plans can expect snow along the northern and western edge of Minnesota and western Great Lakes, as well as widespread rain showers extending across the Northeast to the Central Gulf Coast Thursday until Friday as th​​e storm system moves further east. Rain showers will continue across the Southeast Saturday and Sunday.

As always, customers are encouraged to check Delta.com or the Fly Delta Mobile App for the latest flight status.

[1] Based on Delta internal flight operations reporting for Dec. 20 to Dec. 25, 2018, based on flights scheduled and operated across Delta's mainline and Delta Connection system.

Delta's holiday planning began several months ago as the airline kicked into high gear its efforts to keep customers moving through the travel stream. As customers continue their holiday travel into the New Year, weather forecasts for the week will feature rain and light snow in parts of the United States.

Delta’s team of meteorologists in the airline's Operations and Customer Center are keeping an eye on a cold front coming from the Great Lakes region into the Mississippi and Tennessee valleys bringing rain and snow showers into the regions Sunday night and into Monday.

Customers traveling Sunday can expect light rain in the Tennessee Valley region, including Atlanta, and light snow in the Central Appalachians. The system will continue moving northeastward into New England bringing rain and light snow to the area Christmas Eve. Some airports in the area, such as New York and Boston, can anticipate ½ - 1 inch of snow accumulation and de-icing operations as a result.

As the system moves off of the East Coast Monday night, another system  will be moving east across the Midwest into the Southern Plains bringing rain to those regions Christmas Day. Forecasts for Christmas Day also show widespread light snow and rain over the Southern Rockies.

Following Christmas Day and into the New Year, a weather system is forecasted to build over the Midwest Wednesday afternoon bringing widespread rain. Snow showers are expected to fall over the Dakotas and move into the Northern Great Lakes overnight Thursday. The system will continue moving eastward towards the Eastern United States.

Though the airline does not expect these weather systems to cause any significant disruptions to its operation, Delta encourages all customers to check Delta.com, the Fly Delta Mobile App and Delta News Hub for up to date flight status and other Delta news. 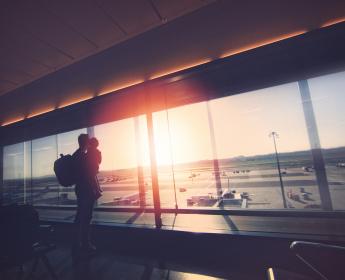 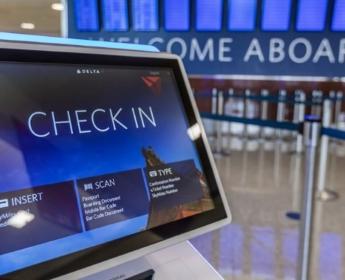