Delta people cheered and waved congratulatory signs Thursday night outside of the Delta Flight Museum in Atlanta, as the 100 newest Chairman's Club honorees descended down the red carpet to be inducted into the airline's most prestigious employee club.

The star treatment didn't end there. Honorees entered the gala to a completely transformed Museum. Waiters handed out hors d'oeurves and drinks, while photographers snapped honorees' photos in award-show fashion. Trees around Delta's General Offices in Atlanta were lit in red – the Chairman's Club's color – and "Hollywood Stars" with honoree names lined the sidewalks.

Then, the airline treated the honorees to a cocktail party, black-tie dinner, individual awards and an after-dinner celebration with dessert, music and dancing. Throughout the night, Delta leaders gave special recognition to the honorees, thanking them for their dedication.

"It's no irony we're sitting here, under the wing of the Spirit of Delta (airplane)," CEO Ed Bastian told the honorees. "Of our 80,000 people, you're the top 1 percent of 1 percent – how special is that? The thing that makes you all so unique is your heart of service. Delta people do it better than anyone else out there."

Frank Blake, Delta's new Chairman of the Board, also congratulated the honorees and expressed his gratitude for setting an example for the company.

"People say the best way to learn is through example. I say examples are the only way to learn," he said. "Your example ripples through the whole company. Delta is about people like you who take the time to do something special for our customers and for other employees."

Chairman's Club, now 20 years old, is Delta's most prestigious employee honor. About 10,000 people were nominated this year, and 100 chosen by committees of employees. Executives do not take part in the selection process.

Seattle-based  Daryl Eygabroad, Operations Service Manager – ACS, one of honorees, explained what being a Chairman's Club member meant to him.

"It's not only about being a leader, but also taking care of your people and the culture at Delta," he said.

Eygabroad, who has 44 years of service with Delta, said that being involved in the community is also a big part of the airline's highest employee honor. He recently participated in the Seattle Habitat for Humanity build for military veterans and their families. 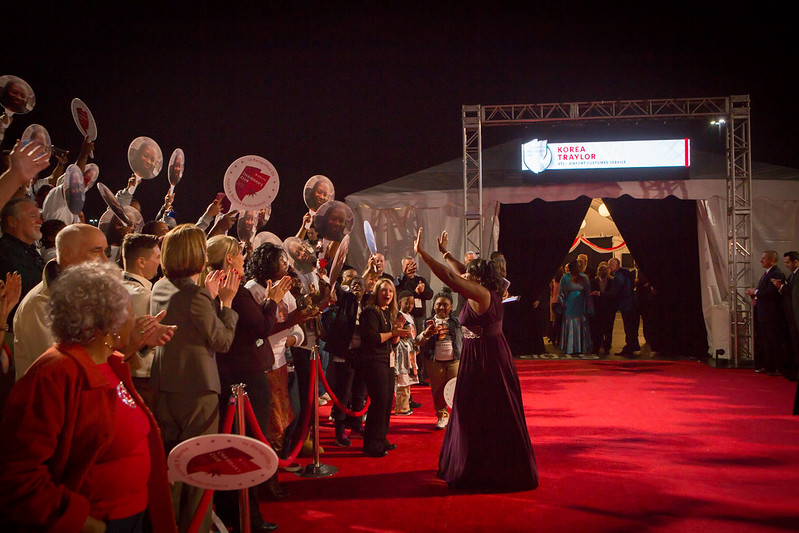