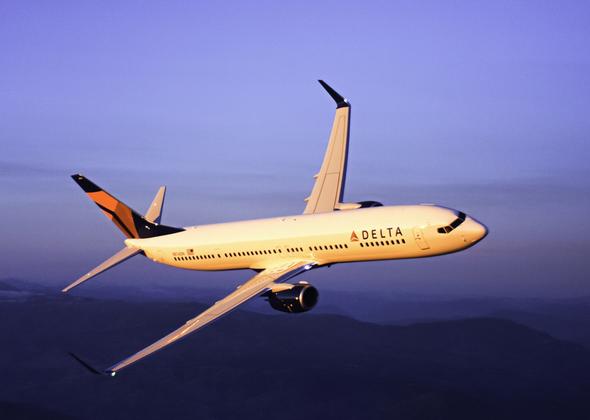 "That was an unbelievable quarter. The free cash flow there is extraordinary,” said CNBC's Jim Cramer. “This is a strong buy right here, right now.”

Bloomberg analyst George Ferguson was also impressed with the results. “It’s going to be a good season for the airlines,” he said. “They all have this gift of low fuel prices.”

Delta CEO Richard Anderson predicted the company would continue to experience healthy margins in the final three months of the year due to cheap fuel, best-in-industry operational performance and steady demand for travel.

Anderson appeared live on both CNBC and Bloomberg TV Wednesday morning, saying he expects another strong financial year in 2016. He said Delta leaders are planning for higher fuel costs next year and are accounting for the strong U.S. dollar and weak overseas currencies that are currently affecting international passenger revenues.

As for the final quarter of 2015, more fuel savings are expected, but with a drop of 2.5 percent to 4.5 percent in passenger unit revenue. Delta said it would hold flying steady at late-2014 levels to boost revenue per seat and limit 2016 capacity growth between flat and 2 percent. And that positive outlook helped investors breathe a sigh of relief.

"Investors were concerned about the industry’s capacity growth as many believed the industry lost its discipline due to a lower fuel cost environment," Cowen & Co. analyst Helane Becker said Wednesday. "Delta’s 2016 capacity guidance will likely ease concerns of overcapacity.”

Another announcement that garnered praise from analysts was Delta’s strong shareholder returns. This quarter, the airline returned $532 million to its shareholders through dividends and buybacks. Zacks Consensus Estimate noted, “We are impressed by the company’s efforts to return greater value to shareholders consistently.”

Delta is the first airline to report its third quarter results. United, American, Southwest and the regional carriers will be releasing their numbers within the next few weeks.