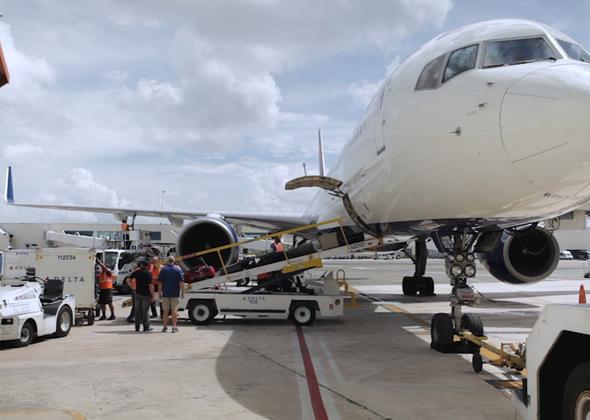 Delta proudly supports the communities where the company's 80,000 employees live, work and serve. That commitment grows even stronger when those communities are thrown into crisis.

Such has been the case with three massive hurricanes devastating Houston and the Gulf coast; much of Florida; and islands across the Caribbean; and multiple earthquakes smashing Mexican homes and cities.

In response, Delta Air Lines, its Cargo division, the Delta Foundation and the company's employees have mobilized like never before: partnering with the American Red Cross and other experienced non-profits, contributing $3.75 million, operating relief flights filled with thousands of pounds of water, generators, baby food and other supplies; and adding dozens of flights to evacuate tens of thousands of people to safety.

"Delta's commitment to the people of these communities, and our employees' deeply ingrained culture of service, means we will work in every way possible to address the humanitarian needs," said Delta CEO Ed Bastian. "The people suffering from these terrible disasters are our neighbors, friends and family. We are grateful to have the ability to join in helping to serve the people in need in this time of crisis."

Financially, Delta generally provides aid through contributions to non-profit agencies such as the American Red Cross who are on the ground and best know the needs of the affected communities. Delta has partnered with the Red Cross since 1941 when it operated its first relief flight carrying blood for the aid group.

Here's how Delta is responding to the humanitarian disasters of 2017:

Before Hurricane Irma hit Puerto Rico, Delta operated the last flight in and out of the island, evacuating 173 customers when other airlines had abandoned attempts to fly into San Juan.

Numerous Delta employees undertook humanitarian efforts as part of outside charities or the U.S. military.

Delta Cargo employee Ashley Ivory was honored by Delta for her work providing security and assisting law enforcement in Orlando as a member of the Georgia Army National Guard after Irma struck Florida. "It's a humbling experience to serve my country and our people in times of need, all the while upholding Delta's values of servant leadership and integrity both within and outside of the workplace," Ivory said.

After Harvey swamped Houston, pilot Scott Tobias traveled from his Cincinnati home to Houston with a disaster aid group, helping to rescue residents of a retirement home.

And after Irma made landfall, Mike Rutigliano and Sean Garell, two New York-based pilots who are part of the New York Air National Guard, took on a mission to rescue Americans stuck in the Caribbean.

Disaster relief is just a small part of Delta's commitment to giving back to the community, which has been at the heart of Delta's mission for more than 80 years. Since 2016, Delta has pledged to give 1 percent of net profits to charity. Last year that added up to about $37 million, ranging from support for Junior Achievement educational programs to Habitat for Humanity homes to KaBOOM! playground builds and much more.