When making a connection means more than making a flight, empathy matters

Onboard flight DL 1119 from New Orleans to Atlanta, Delta flight attendant Andrea Piller listened attentively to two very nervous customers, Darrel and Shirley. This was the couple’s first of three flights that would carry them to their final destination and things were off to a rough start due to a mechanical delay. For some, a run through the Atlanta airport would have kept their itinerary intact, but Shirley was battling cancer and wouldn’t be able to hustle to make the next flight.

Through empathetic care, Andrea chose to escalate their concerns, helping to spur a flurry of events.

With all other drivers busy, Marcus decided to help the family himself, meeting them with a sign at the arrival gate. In his suit and Porsche Cayenne, Marcus loaded up their bags, and took the family directly to the Air France terminal.

They knew they were going on Shirley’s last trip, and even though they thought they would miss their flight, they seemed calm. While driving from terminal B to terminal F, Marcus chatted with the family.

“The conversation was impactful,” Marcus remarked, remembering the short time they had together, “You get this news from your physician and you’re just living y 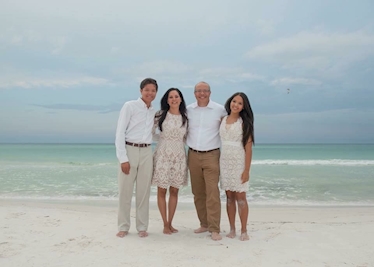 our life. I can’t imagine what that would be like. I expressed this and commended her for being so brave. Shirley told me, ‘I’m at peace and I’m with my family, doing things I want to do.’”

Marcus let the family out at the stairs to the concourse, where they hugged and took a quick photo before getting on their flight. They landed in Paris on time and smoothly connected to their final destination, Lourdes, on time as well.

A few months later, Shirley had been on Marcus’ mind, so he texted Darrel on a Saturday morning to check on the family. Darrel told Marcus that “Shirley must’ve winked at him from heaven” because, sadly, she had passed the night before.

After their phone call, Darrel forwarded the obituary to Marcus.

“I needed to be there in Baton Rouge because she made an impact in my life, in just the short period of time that I had a chance to meet her. I just had to be there,” said Marcus.

When Marcus arrived to the church, there was a long line of people outside waiting to greet the family. He waited in line and, when he finally made it to the front, Darrel busted out in tears and opened his arms wide.

“All I could say in that moment was, I had to be here,” said Marcus. 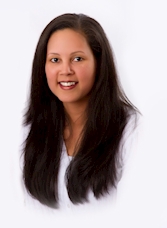 To Marcus, this wasn’t a big endeavor, but rather an act of service.

“At Delta, we impact people and they impact us every day. They’re traveling all the time and we don’t know what they’re going through - and we won’t know - if we don’t stop and connect with them. We have to remember that,” said Marcus.

When the service was coming to a close, Darrel began sharing stories, including the story of their last trip as a family. Darrel introduced Marcus and asked him to stand saying how special the trip was and thanking him for the role he played in Shirley’s last adventure.

“Our people go above and beyond every day,” said Charisse Evans, Delta’s Vice President of Customer Experience Integration. “When we embody empathy in small ways every day, we make a difference. Andrea and Marcus lived out our mission, not just by helping this family get from point A to point B, but by creating a lasting memory for this family.”