Today, Delta TechOps leaders and employees officially cut the ribbon, opening the world's largest jet engine test cell. And while world's largest is a nice bragging right, there was immense research, innovation and thought that went into designing this state-of-the-art facility.

The test cell, which is the first cell built by a U.S. airline in more than 20 years, is capable of running a mounted, stationary engine at full power with 150,000 pounds of thrust. To compare, the airline's current test cell has a 68,000 pound thrust capacity and the most powerful jet engine in the world today, the GE90 that powers Delta's Boeing 777-200LR fleet, is rated up to 115,000 pounds of thrust.

Bottom line — Delta is preparing for the future as the new test cell allows the airline to test engines that have yet to be designed and built.

"This new test cell is not only great for the future of Delta, but for our future aircraft maintenance technicians and engineers," said Don Mitacek, Senior Vice President — TechOps. "The quality of work and expertise of our people are the reason why we are able to confidently invest so heavily in our future. They are really leaving a legacy behind with the new test cell and engine shop — both facilities are a reflection of the accomplishments and dedication of our people." 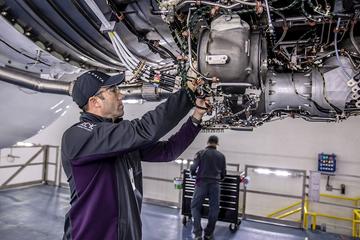 The test cell, coupled with Delta's new 127,000-square-foot state-of-the-art engine repair shop, will allow the airline and its employees to provide maintenance on and test a new assortment of engines including the Trent 1000, Trent 7000 and Trent XWB and the PW1100 and PW1500 variants of the Geared Turbofan.

"This new test cell solidifies Delta's position as the largest and best MRO provider in North America, and will continue to allow our people to provide exceptional service and unmatched reliability to Delta and our third-party customers," said Mike Moore, Senior Vice President — Maintenance Operations.

To celebrate the new facility, Delta hosted a grand opening event with more than 100 employees who were integral in the development and implementation of the cell. At the event, attendees heard from CEO Ed Bastian, U.S. Senator David Perdue as well as Mitacek and Moore.

"These investments are about expanding Delta's business opportunities today while also setting us up for long-term growth," Bastian said. "Building on the expertise of the world's best professionals, we will be positioned to grow with the industry's evolving technology and next generation engines and aircraft."

"Delta continues to lead the industry in innovation and reliability. This impressive new technology allows Delta to build and maintain better engines and prepares them to meet growing industry demands," said Perdue. "Delta's leaders and employees are some of the best in the business and their continued investment will help attract even more highly-skilled technicians and engineers as they continue to expand. I am proud Delta calls Georgia home and appreciate the significant impact they continue to have on our state every day."

In October 2015, Delta and Rolls-Royce signed a formal agreement for Delta TechOps to become an Authorized Maintenance Center for Rolls-Royce engines. Under the agreement, the airline will provide engine services for the latest generation of Rolls-Royce Trent XWB, Trent 1000, Trent 7000 and BR715 engines.

With more than 7,000 engines already committed to the engine shop and test cell over the next 30 years, immediate next steps for the facility include proving and data validation for the cell, the commissioning of the cell with the Trent XWB engine, Trent 1000 Electric Start System installation, the Trent 1000 commissioning, correlation and production test, with the first production test taking place in late 2019.

As the largest aviation maintenance group in North America, Delta TechOps' highly skilled workforce of over 10,000 technicians, engineers and other support employees provide full-service maintenance to more than 850 Delta aircraft and their engines as well as maintenance services to more than 150 other operators, cargo operators and the Military & Government, through the airline's Maintenance Repair and Overhaul business.

Through expanded capabilities and new facilities, Delta expects to grow the top line of the MRO business by $1 billion a year over the next five years. 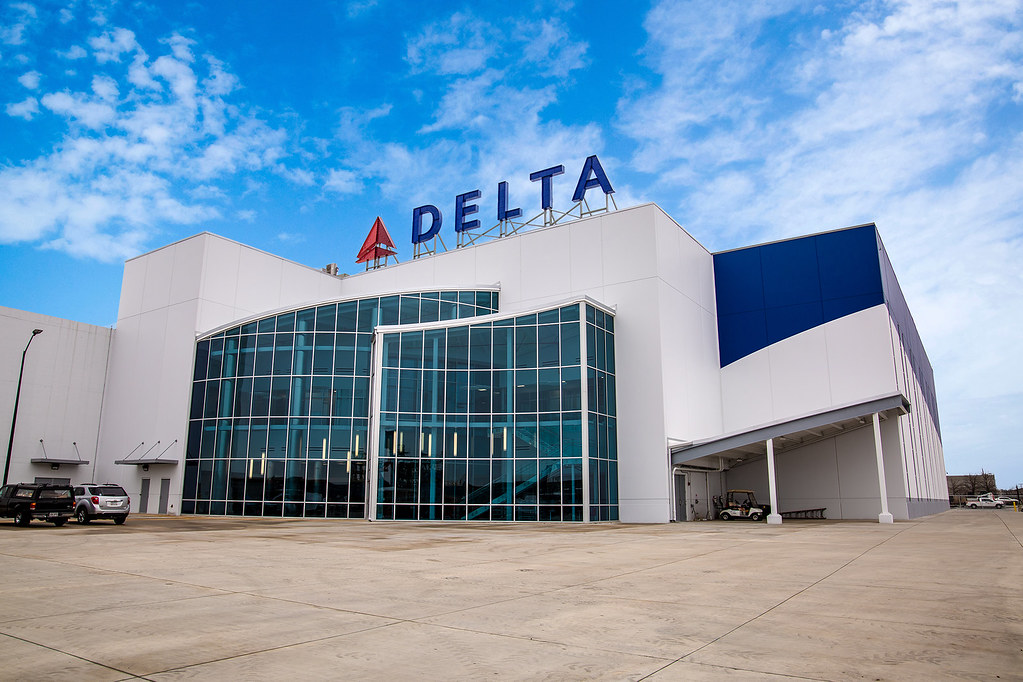 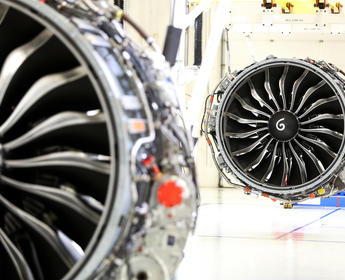