Women of past, present inspire aviation's next generation 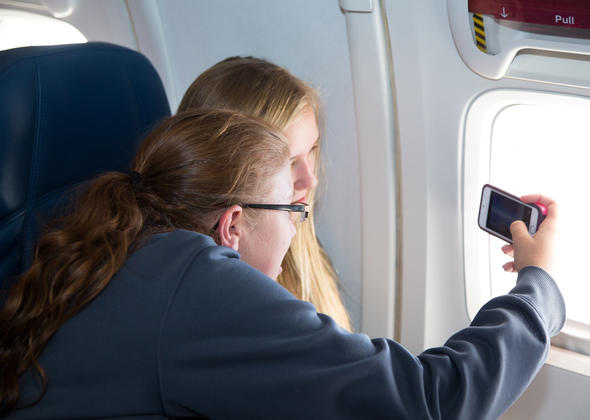 SEATTLE - The year 1973 was marked by change. Major headlines included: the United States’ Supreme Court ruling on Roe vs. Wade; Watergate hearings and the U.S. pulling troops out of Vietnam.

Delta was also changing. The airline was continuing to further establish itself as a major carrier in Boston and New York following its 1972 merger with Northeast Airlines and was the first airline to simultaneously operate three of the first generation widebody jets: the L-1011, Douglas DC-10 and Boeing 747. 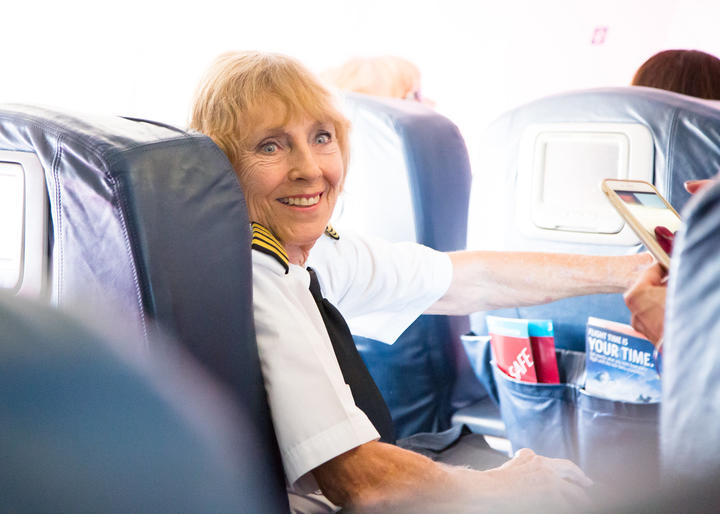 Another change hit Delta that year: A pioneer walked through the airline’s door that summer with a quiet confidence.

Joy Walker, a 31-year-old private pilot and engineer, applied to be the airline’s first female pilot. She wanted to see women in the cockpit and other operational areas. She wanted them to have a choice beyond a typewriter or a headset.

Walker was hired on July 2, 1973. While she recognized that being a first in any profession would have its challenges, she had no idea that she would be “the only” for three long years.

“Every time you stepped into the cockpit, you had to prove yourself,” Walker said. “A woman in the cockpit was an adjustment for everyone—fellow pilots as well as customers.”

Walker worked for Delta until 2002, when she retired as a Boeing 767 Captain. She left having no idea the seeds that she had planted for future generations, or the doors that she had opened for others.

It’s Sept. 26 – the first national Girls in Aviation Day – First Officer Cheri Rohlfing and Beth Poole, Manager – Pilot Development, along with more than 50 other Delta employees and partners are finalizing last-minute details for the Women Inspiring our Next Generation (WING) flight.

It’s the first ever all-girls’ flight. From Minneapolis-St. Paul to Boeing Field in Seattle, the destination is The Museum of Flight.

More than 120 girls, ages 12-18, representing Minnesota ACE Academy, West Michigan Aviation Academy, Civil Air Patrol and other organizations arrive at the airport to spend the day with Walker as well as Delta’s women pilots, flight attendants, maintenance professionals, engineers, airport customer service agents and catering professionals to learn more about career opportunities in aviation and some even experiencing flight for the first time.

“This is a dream that we’ve had for nearly four years and it has finally become a reality,” Poole says. “We wanted these girls to see the countless possibilities for women in aviation, but had no idea the level of shared interest and support that was out there. It’s been amazing to see this group of women working hand in hand to inspire future generations.” 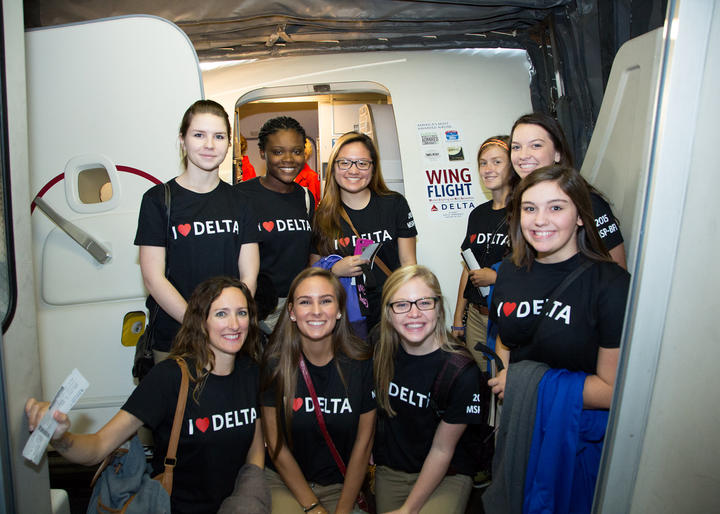 Unlike previous flights, every aspect of this flight’s movement is led by women not just at Delta, but throughout the industry. From charter coordinator to dispatchers, from catering to maintenance, from below-wing to pilots and the flight crew, “girl power” definitely was behind this day.

Throughout the flight, Walker and other Delta professionals are interviewed by the girls explaining their roles and responsibilities and answering questions about their field. Then, in Seattle the girls spend time at The Museum of Flight experiencing flight simulators, touring Air Force One as well as hearing from professionals at Boeing and NASA - including two female astronauts.

“I always follow my heart when I want to do something and my heart tells me that I want to be a pilot,” says Jules S., one of the young women on the flight.

However, it wasn’t just the girls who benefit from the days’ events.

“This has been one of the most fantastic days of my life, getting to hear from all of these accomplished women,” Walker says.