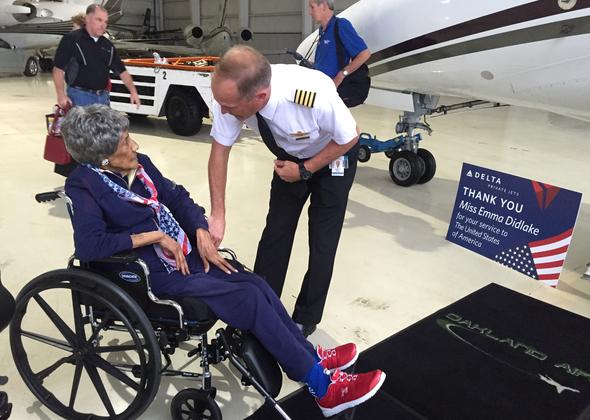 WASHINGTON, D.C. - Friday was a special day for Emma Didlake. It’s not every day you get to meet the president. 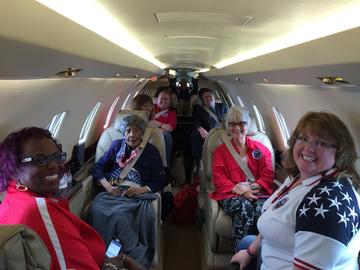 “Miss Emma,” who served in Women’s Auxiliary Corps, is believed to be the oldest World War II veteran in the United States.

“I think they did a pretty good job,” Didlake said of the experience. “I’ve traveled many years and many miles and I’ve never seen a reception like this.”

Obama described Didlake as serving with distinction and honor and having won “every kind of commendation,” according to national media reports.

“We are so grateful that she’s here with us today, and it’s a great reminder of not only the sacrifices the greatest generation made on our behalf, but of the kind of trailblazing that our women veterans made, and African-American veterans who helped to integrate our armed services,” Obama said.

The trip on the Delta jet was coordinated by the Talons Out Honor Flight group, a non-profit organization that honors World War II veterans with all-expense-paid trips to Washington.

During her trip, Didlake, who was accompanied by her granddaughter and caretaker, Marilyn Horne, didn’t just visit the president, but made several other stops throughout the day. 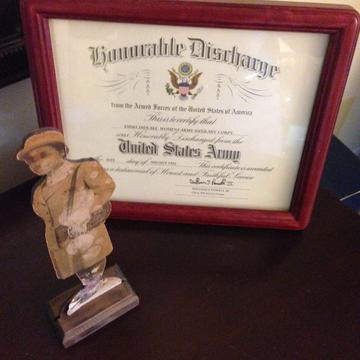 At the Women in Military Service Memorial at Arlington National Cemetery, she was honored for her service by retired Brig. Gen. Wilma Vaught, and thanked by several active duty women.

She also made a stop at the World War II Memorial, where she was greeted by Honor Flight volunteers from the area. Didlake’s favorite president was Franklin D. Roosevelt, so a stop at his memorial was a must.

Didlake was born in 1906 and joined the Women’s Auxiliary Corps in 1943, where she served as a chauffeur. When asked about her experience during the war, she replied, “Tell me where, I’ll take you there!”

She broke barriers not only for women but for African-Americans, since both were segregated in the military at the time.

One of 15 brothers and sisters, Didlake was the only one to serve in the military, though her granddaughter said that she has several nieces and nephews currently in the service.

Asked about Didlake’s secret to longevity, her granddaughter said she eats nine golden raisins soaked in gin every day. She had her daily raisins while relaxing on her Delta Private Jets flight Friday morning.