A dad’s wave from the ramp sends daughter on her way, every flight 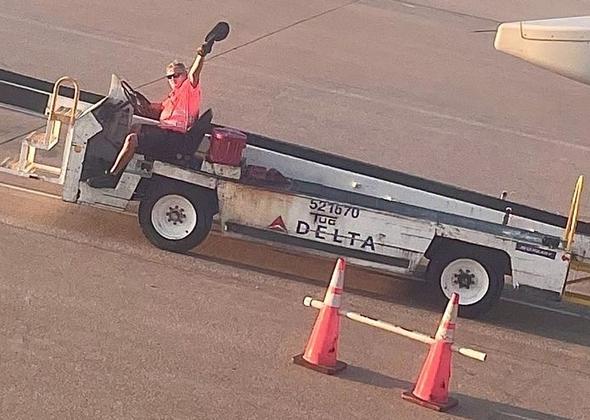 Download
Even after 30 years, Adrienne Kaufmann's father manages to find her plane to wave good-bye. Greg Kaufmann, a Delta ramp agent, first started giving his daughter a pre-flight send-off when she was 4.
DELTA NEWS ON THE GO. Subscribe and follow.

It’s a pre-flight procedure unlike any other.

Greg Kaufmann, DFW ramp agent, lifts his hat to wave goodbye to his daughter, seated somewhere – though he’s not quite sure where – on the aircraft beside him.

Adrienne Kaufmann waves back from her window seat, strategically booked each time so that she can get a view of her hardworking father on the ramp below.

She beams with pride as her dad drives back to work, and she heads toward the skies. She smiles like she did the first time she peeked out the window and waved, when the tradition began, almost 30 years ago.

“Every time I fly Delta, it’s always been the same way, even with my little sister,” Adrienne said. “It’s his way of showing love.”

Each trip out of DFW, Adrienne lets her dad know her departure details. As she settles in, her bag tucked under her seat and headphones on, she can always count on him to swing the belt loader alongside her aircraft to bid farewell.

In August, Adrienne planned a particularly special trip – albeit for work – her first flight since before the pandemic.

“I was running late, and as I walked up to my gate … he was there waiting for me,” she said.

“Once I was on – he was there waving from below the plane.”

Waving back to her dad from the window “like she was 4 years old again,” Adrienne snaps a photo. Later, she shares it to LinkedIn, accompanied by a heartfelt message.

One million views, almost 30,000 likes and over a thousand comments later, Adrienne gets emotional thinking of how many people are reading about her amazing dad. She reads through hundreds of comments from viewers sharing their heartfelt sentiments, including someone wanting to send Greg champagne and others sharing similar stories of their own bonds with their parents.

“I had no intention of this going viral. My biggest goal was to spread some happiness,” she said.

“My dad is the most loyal man I’ve ever met. He’s so proud to work for Delta. He’s never once complained – even out next to the hot planes in the Texas heat,” Adrienne said. “He’s the hardest worker I know. Growing up, he worked the graveyard shift and would leave work immediately so he could be first in line to pick me and my sister up from school in his Delta work uniform.

“It touched me so much – it’s those little memories that really sink in now at this age.” 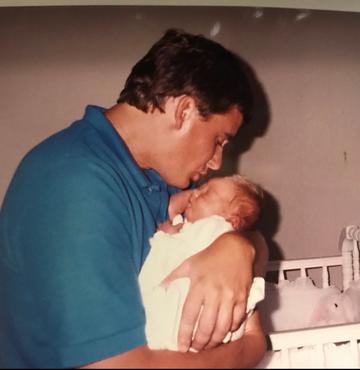 Greg holding Adrienne right after she was born. Adrienne shares that “he still loves me as much from a day one newborn to today!” 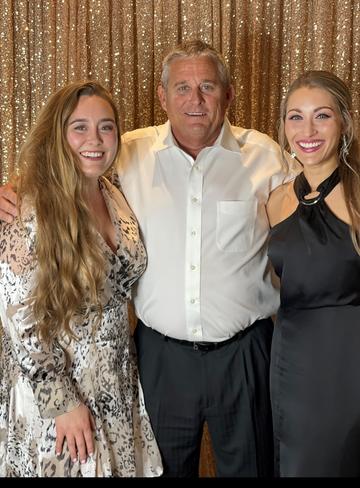 Greg poses with his daughters – MacKenzie (L) and Adrienne (R). 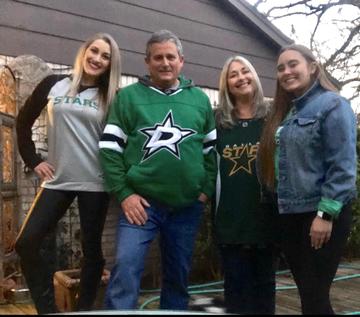 The whole family going to a Dallas Stars game. Greg is a huge Stars fan. 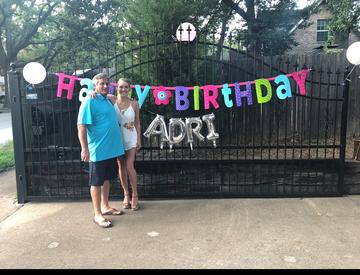