Delta Air Lines and the LA28 Olympic and Paralympic Games introduced a cocreated emblem Thursday featuring Delta’s “A” at an event to celebrate the next major infrastructure milestone of the Delta Sky Way at LAX project. 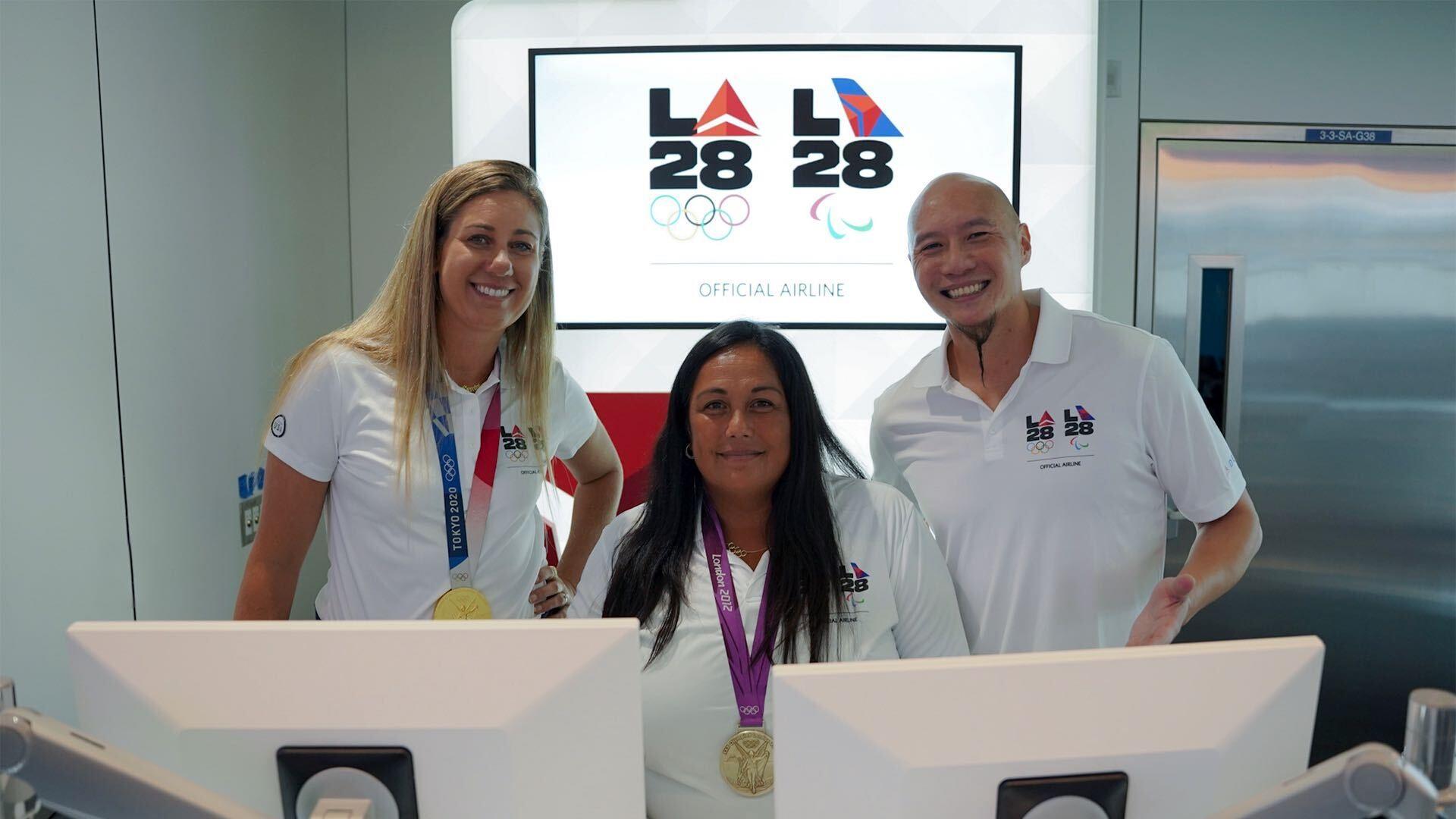 Delta employees walk through LAX near Delta's cocreated logo for LA28 on Sept. 29, 2022.

Delta Air Lines and the LA28 Olympic and Paralympic Games introduced a cocreated emblem on Thursday, Sept. 29, 2022, featuring Delta’s “A” at an event to celebrate the next major infrastructure milestone of the Delta Sky Way at LAX project.

The LA28 integrated emblem represents the next phase of Delta and LA28’s partnership, which began in 2020, when Delta launched its eight-year commitment to the LA28 Olympic and Paralympic Games as the inaugural Founding Partner. The reveal of the integrated emblem is the first in Olympic and Paralympic Movement history and brings Delta further into the fold of the LA28 Games in an innovative and exciting way. 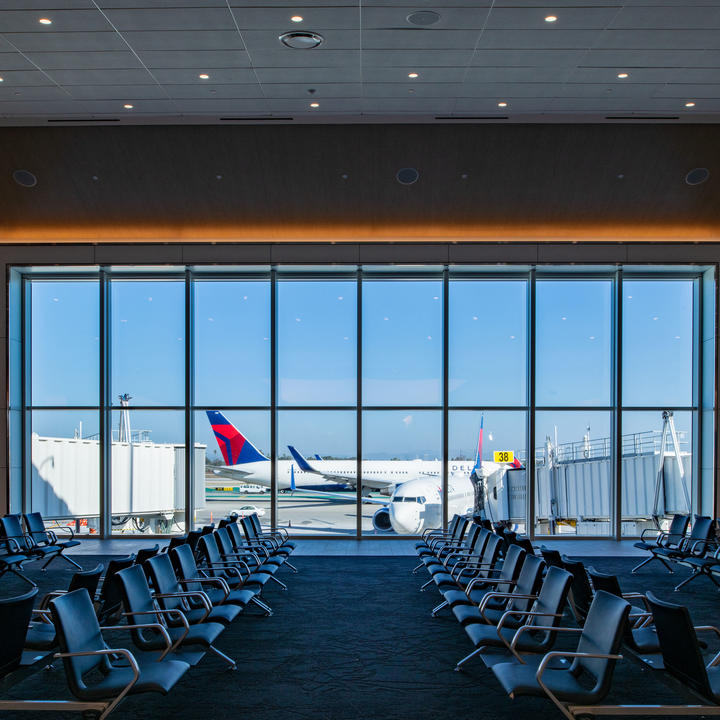 “With a shared vision for Los Angeles’ future, this emblem embodies our partnership with LA28 and the journey we will be on together over the next six years leading into the LA28 Olympic and Paralympic Games,” said Emmakate Young, Managing Director – Brand Marketing and Sponsorships. “These efforts are anchored by our joint values of connecting people to their dreams and inspiring a better future. Today is just the beginning for what we will continue to accomplish together.”

The LA28 emblem honors creativity, diversity, self-expression and inclusion. The ever-changing “A” is a reminder of the infinite stories of individuality and possibilities that comprise the city of LA and the LA28 Games. The Delta x LA28 integrated emblem features the airline’s bold, dynamic and notable widget in two forms as the “A”, showcasing the proud partnership and shared values between the two brands. The two designed emblems are separately accompanied by the Olympic rings and Paralympic agitos.

“Developing the creative expression for this partnership has been a source of immense pride for our in-house creative team, Window Seat,” said Maya Dukes, Delta’s Creative Director. “This design symbolizes Delta’s commitment to LA28 and the Los Angeles community, establishing the visual representation of our partnership over the next six years.

As the inaugural Founding Partner, Delta will dedicate support to numerous LA28 initiatives on the road to 2028.

“The integrated emblem is a new model of commercial integration into the Olympic and Paralympic Movement,” said Dave Mingey, Senior Vice President and Head of Partnership Management and Activation for U.S. Olympic and Paralympic Properties. “Partners are critical to the LA28 Games, and we’re excited to have Delta creating and storytelling with us.”

In addition to serving as the inaugural Founding Partner of LA28, Delta is also the official airline of Team USA for Paris 2024, Milan Cortina 2026, and Los Angeles 2028 Games, proudly carrying the athletes of Team USA to each of these games. 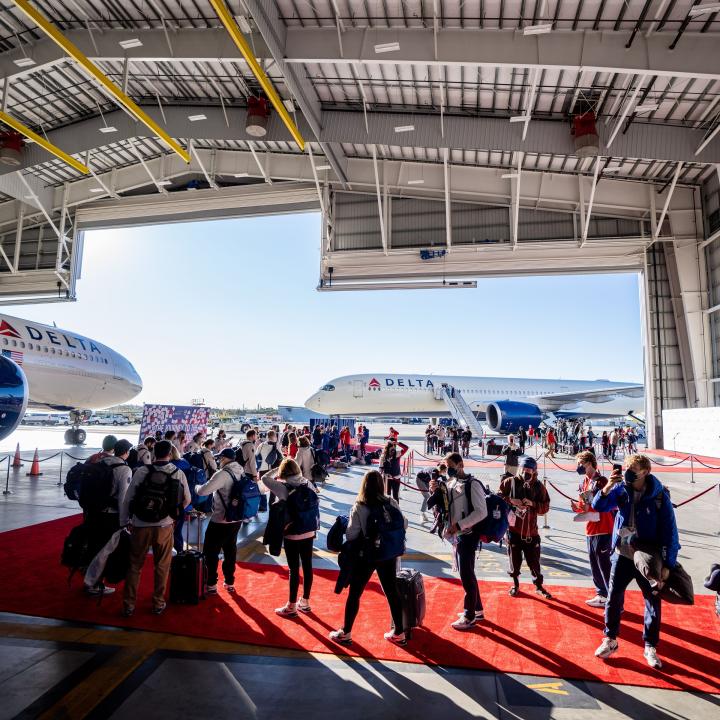 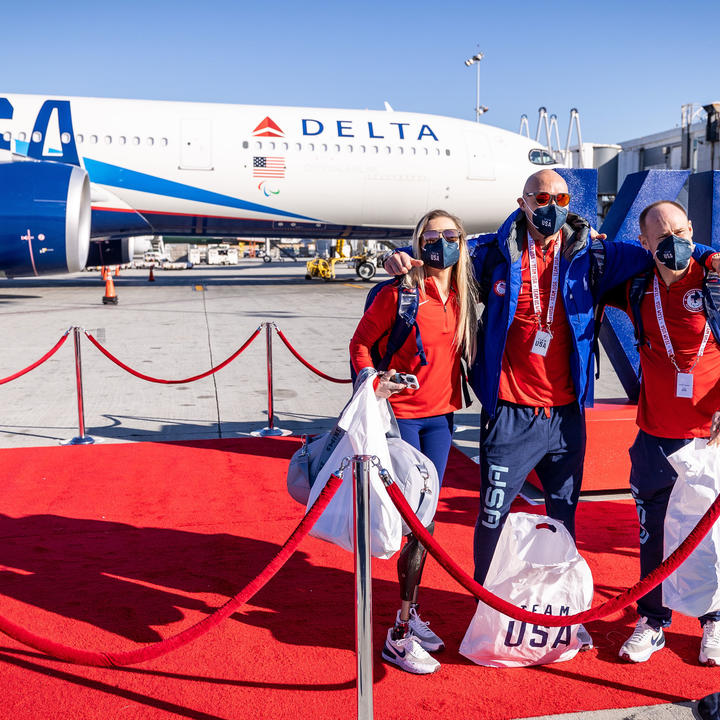