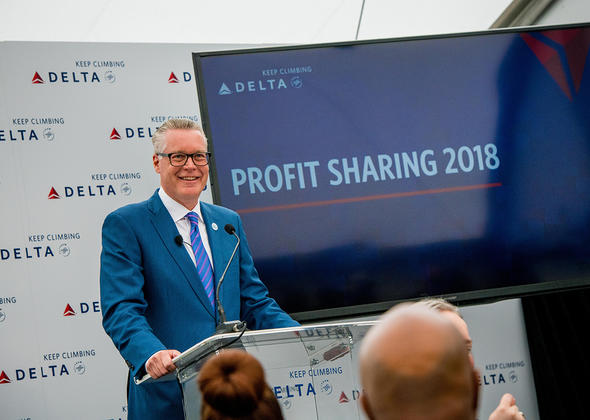 Fortune Magazine has named Delta CEO Ed Bastian to its prestigious list of “The World’s 50 Greatest Leaders” for 2018, joining a group that includes captains of industry, world political leaders, and philanthropic and environmental trailblazers.

Bastian’s addition to the annual list of the “thinkers, speakers and doers who are stepping up to meet today’s challenges” is a first for the leader of any commercial airline. Previous honorees, dating back to 2014, include such luminaries as Pope Francis, Elon Musk and Warren Buffett.

The 2018 list, which Fortune calls “the public figures and behind-the-scenes motivators we admire most” puts a special emphasis on leaders who rise above the often complex obstacles of the modern age to do what’s best for the people they lead, inspiring many others outside their own organization or institution.

Fortune cited Bastian’s memo to employees following the airline’s decision to discontinue an NRA annual meeting discount: “Our decision was not made for economic gain, and our values are not for sale.” The publication called the company’s actions “a template for well-reasoned business leadership in a fragmented world.”

Others named among 2018’s greatest leaders are Apple CEO Tim Cook, Bill and Melinda Gates, Oprah Winfrey as well as the CEOs of General Motors and JPMorgan Chase, and the presidents of France and South Korea.