The Delta Sky Club at Seattle-Tacoma International Airport was named "North America's Leading Airport Lounge 2018" for the second year in a row by the World Travel Awards, based on votes from travel and tourism professionals and consumers across the globe. This marks four wins for the Seattle Club over the past 16 months.

"We are honored to receive this award for the second year in a row that recognizes the exceptional experience at our Delta Sky Club in Seattle," said Claude Roussel, Delta's Managing Director – Delta Sky Club. "We are constantly striving for new ways to improve our guests' experience, and we are proud  of the team and world-class offerings at our Seattle Club." 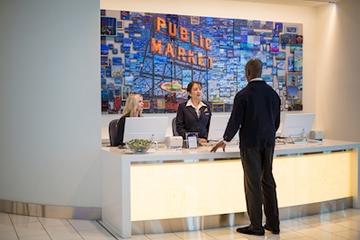 With breathtaking views of Mt. Rainier, the 21,000 square foot Delta Sky Club at Sea-Tac has many unique features for guests to enjoy, including

"Congratulations to Delta for its continued efforts to raise the bar and provide guests with an enjoyable experience," said Graham E. Cooke, President and Founder, World Travel Awards. "As a leader in domestic and international travel, their achievements exemplify all that the airline has to offer – in Seattle and beyond."

Delta is Seattle's largest global airline with 158 peak-day departures to 49 destinations in September. The airline continues to grow its presence in the market and this summer offered 10 percent more peak-day seats, driven by the addition of three new domestic destinations – Indianapolis, Kansas City and Washington-Dulles – as well as more flights and larger aircraft operating between existing routes.