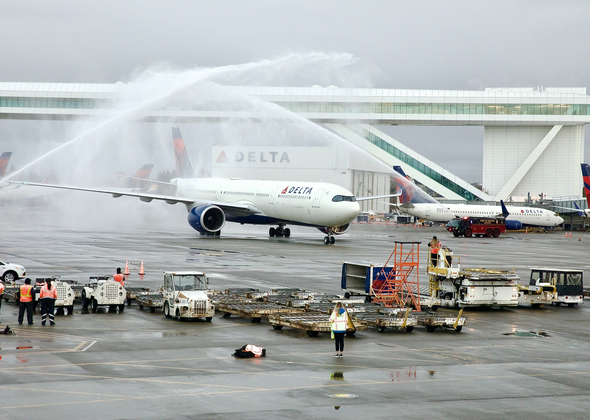 Download
Seattle-bound Delta customers on Tuesday's flight 196 from Incheon, South Korea, were the very first to enter the stunning, new 450,000-square-foot International Arrivals Facility (IAF) at Seattle-Tacoma International Airport. This inaugural arrival officially kicked off the Port of Seattle's phased opening of the IAF.
DELTA NEWS ON THE GO. Subscribe and follow.

Seattle-bound Delta customers on Tuesday's flight 196 from Incheon, South Korea, were the very first to enter the stunning, new 450,000-square-foot International Arrivals Facility (IAF) at Seattle-Tacoma International Airport. This inaugural arrival officially kicked off the Port of Seattle's phased opening of the IAF.

Greeted by a water turret salute, the Airbus A330-900neo touched down just as the sun rose over the 85-foot-high aerial walkway, the largest in the world over an active taxi lane. As customers deplaned, they were warmly welcomed with a few gifts to commemorate the occasion.

"As Seattle's largest global airline and the largest future user of this facility, Delta will deliver a customer experience that's second-to-none for those arriving into this international gateway," said Helda Durham – Director of Airport Operations in Seattle. "We know the IAF will serve as a memorable front door to Seattle for years to come."

Last month, the Port of Seattle unveiled the IAF to media and community business leaders at a VIP reception in which Delta participated. 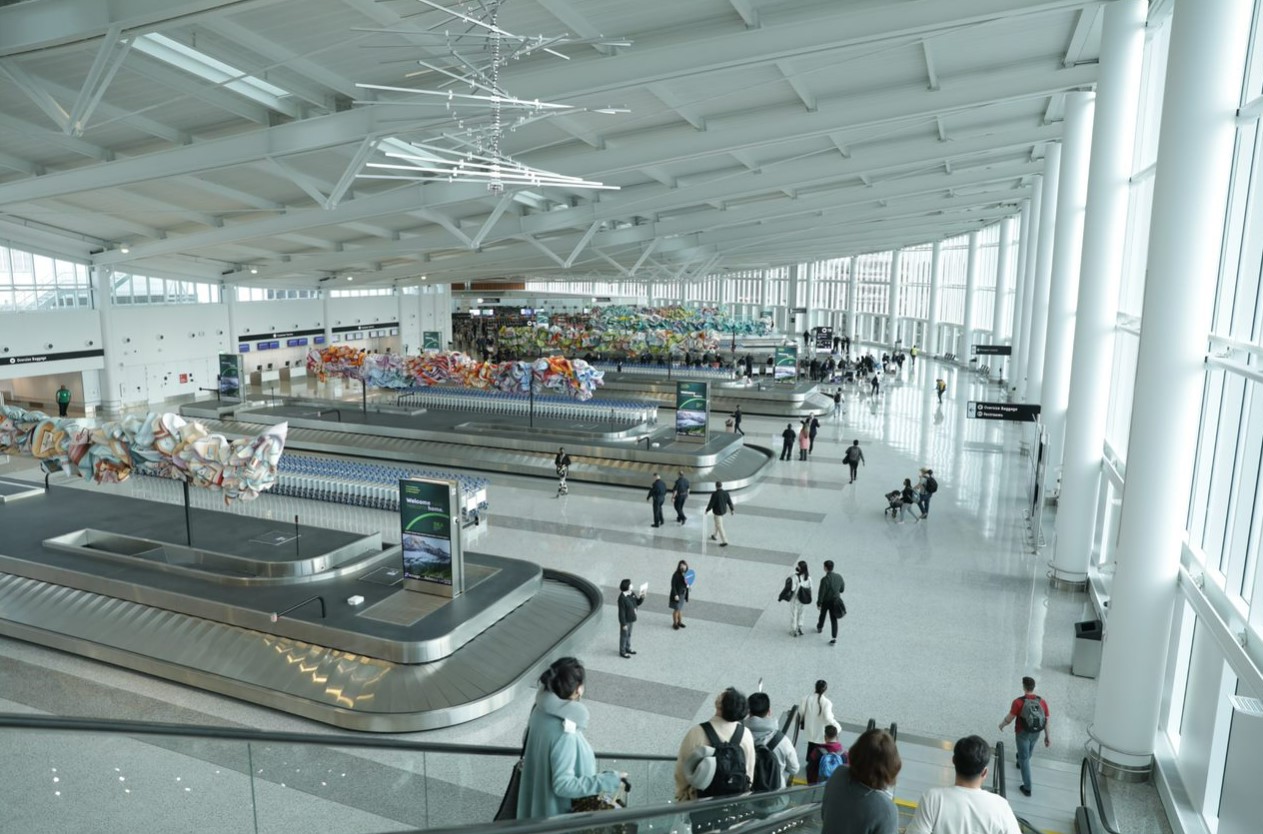 The IAF will officially open to passengers on May 10 after a period of operational readiness testing that begins today with the first flight in. The state-of-the-art, sustainably designed facility will increase the airport's number of international-capable gates from 12 to 20, more than double passenger capacity to 2,600 passengers per hour (up from 1,200 today) and enhance the customer experience for all travelers, ultimately advancing the Puget Sound region as a leading tourism and business gateway.

The IAF will officially open just in time to support Delta's busy summer travel season. The airline's summer trans-Atlantic service offerings from SEA have significantly increased, with almost 50% more seats available vs. 2019. Delta serves more international destinations than any other carrier at SEA, offering more than 130 daily departures to nearly 50 destinations across the globe.

International customers arriving at SEA will see new baggage claim and customs processing areas as well as amenities such as nursing rooms and pet relief areas. As travelers process through customs, they will experience a faster, more comfortable experience, with enhanced technologies for faster passport check clearance, reducing the average customer connection time by about 15 minutes.

Seattle's IAF is just one of the many airport infrastructure projects that Delta is financing or has been closely engaged on in recent years and are now set to debut. Just a few weeks ago, Delta unveiled the first phase of its massive Delta Sky Way at LAX transformation project, with New York's LaGuardia Terminal C headhouse to open in the weeks to come. Over the past decade, the airline has invested more than $12 billion in airport hubs across the country, cementing its commitment to modernize and upgrade the travel experience both on the ground and in the air.