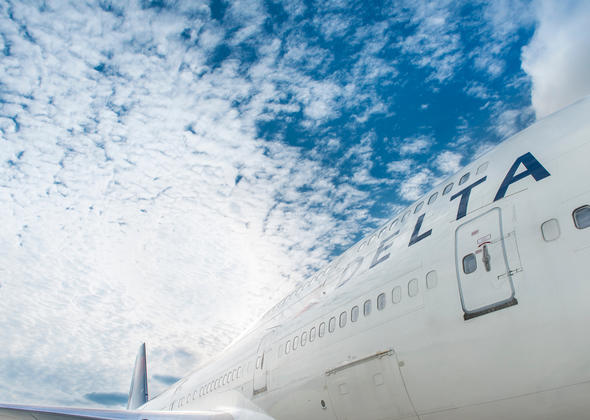 Delta’s journey toward its sustainability goals hit another important milestone today as the airline leveraged the largest pipeline system in the U.S. to bring sustainable aviation fuel (SAF) to airports along the East Coast by accepting a batch of SAF that will be used to power a Delta flight at New York’s LaGuardia Airport.

The one-time SAF delivery arrived via the Colonial Pipeline, which originates in Houston, Texas and ends at the Port of New York and New Jersey. This effort between Delta, Neste, Colonial Pipeline and Buckeye Partners demonstrates the viability of the nation’s existing infrastructure to transport large volumes of SAF, aiding efforts to decarbonize aviation.

The SAF, which was refined by Neste in Texas, was loaded into the Colonial Pipeline’s entry point in Baton Rouge, La., and transported nearly 1,500 miles up the East Coast and across 11 states to New Jersey before entering the Buckeye Pipeline to be sent to LaGuardia.

“SAF is the most effective tool we have to decarbonize our industry,” said Pamela Fletcher, Delta’s Chief Sustainability Officer. “These efforts show how existing infrastructure can be used to transport SAF to East Coast airports and drive down emissions – a critical step as we move toward a more sustainable future for air travel.”

As part of that journey, Delta is making strides toward a goal of fueling 10% of its operations with SAF by the end of 2030, which means the airline will need roughly 400 million gallons of SAF annually.

SAF can reduce lifecycle greenhouse gas emissions, which is the greenhouse gas impact from fuel during each stage of its production and use, up to 80% compared to fossil jet fuels. SAF is blended with conventional jet fuel to reduce overall emissions while meeting FAA regulations.

While Delta has signed several SAF agreements with manufacturers including Neste, Gevo and Chevron, the market for SAF remains nascent due to limited supply, high costs and logistical and infrastructure constraints. Today, there is only enough SAF available worldwide to power Delta’s fleet for one day at pre-pandemic levels.

Delta and its industry partners continue to advocate for policy changes and supply-chain incentives to accelerate the production of and reduce the cost of SAF, including a federal SAF-specific Blender’s Tax Credit to help level the playing field with the more established on-road fuels markets for renewable diesel and biodiesel.

At the state level, a Low Carbon Fuel Standard with voluntary opt-in provisions for SAF will provide a policy framework with a proven track record to incentivize SAF production and speed the development of cleaner infrastructure.