2 in a row: Delta welcomes UGA Bulldogs home from another victorious run 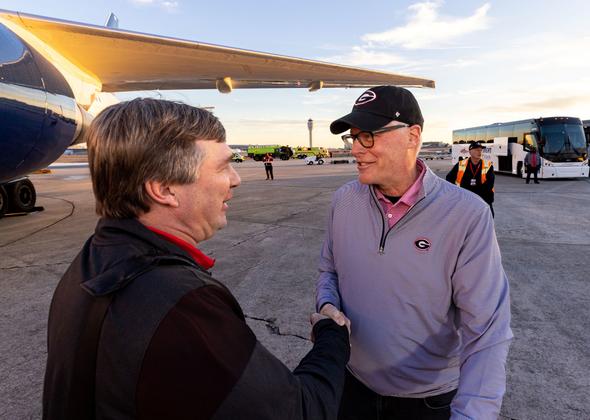 Delta employees, including a number of UGA alumni, gave the team a raucous welcome as they stepped off the newly dedicated Vince Dooley 767-400, which features a memorial seal honoring the late coach’s life and legacy. CEO Ed Bastian was among the Delta people who greeted the team. 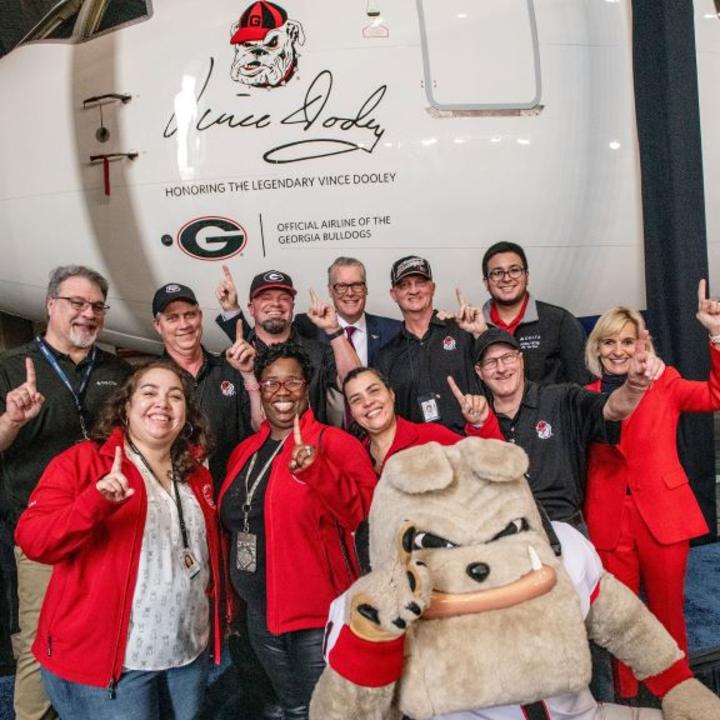 Delta has been the official airline of Georgia athletics for since 1980, when Delta first transported Dooley’s team to New Orleans to win a national title. 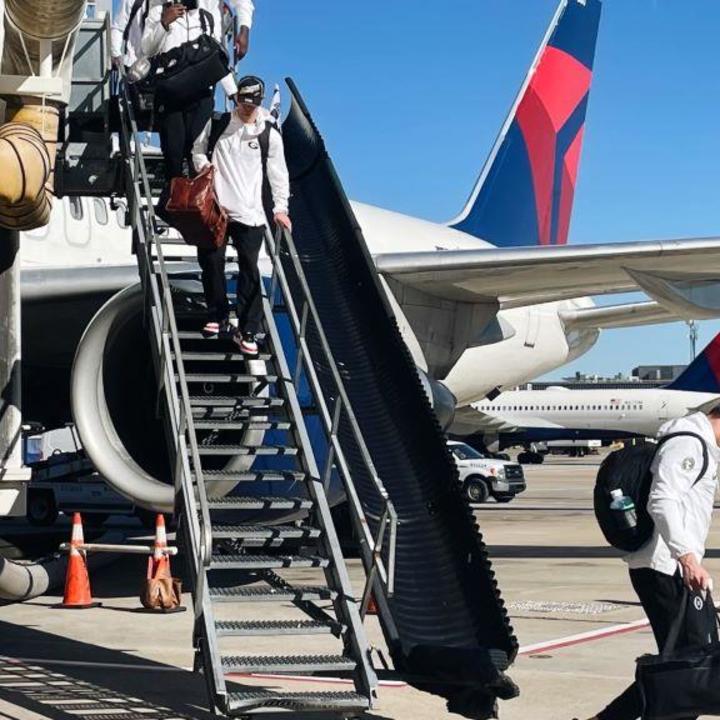 As the official airline of UGA athletics, Delta charters the football team throughout the season and provides support through The Delta Air Lines Foundation. This includes a recent grant for renovations to Butts-Mehre Heritage Hall, the athletics administration center that houses the football program.

Delta has carried 11 other schools to bowl games this season, flying several champions including the University of Alabama Crimson Tide, LSU Tigers and University of Notre Dame Fighting Irish.

Delta is the Official Airline of Champions, and since 2000 has carried 68 teams, including UGA today, to championship-winning runs in their respective sports.