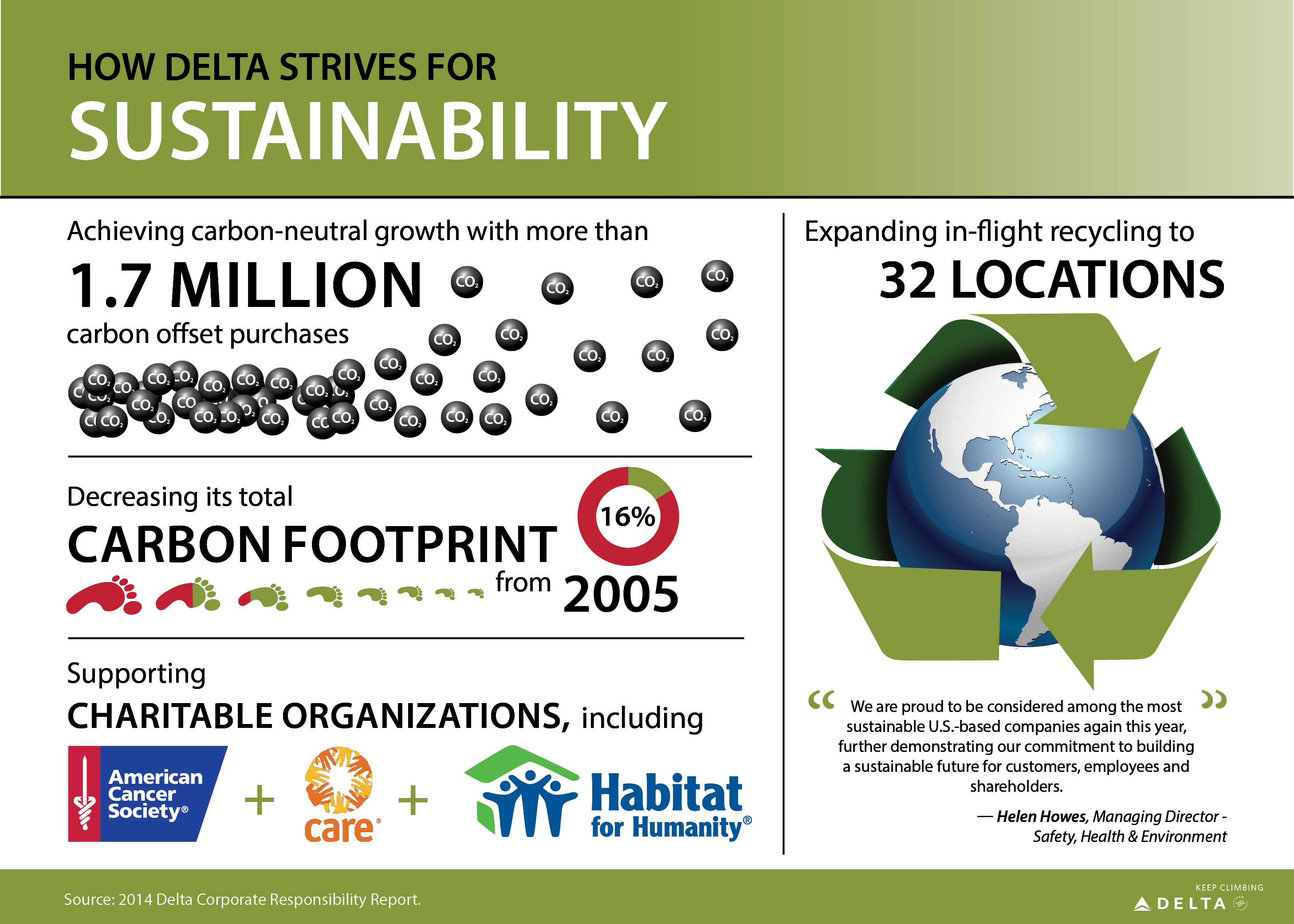 Delta has been named to the annual Dow Jones Sustainability Index (DJSI) North America for the fifth consecutive time.

Launched in 2005, the DJSI North America compares economic, environmental and social criteria to highlight the top 20 percent of the largest 600 North American companies in the S&P Global Broad Market Index.

Delta is the only U.S.-based airline to be listed on any of the Dow Jones sustainability indices. With Air France KLM - a Delta partner airline - as the 2015 world transportation industry leader, Delta is one of only five airlines to be recognized for corporate sustainability leadership in the industry.

“Delta is committed to operating transparently and prioritizes completion of the Dow Jones Sustainability Index questionnaire,” said Helen Howes, Managing Director  –  Safety, Health & Environment. “We are proud to be considered among the most sustainable U.S.-based companies again this year, further demonstrating our commitment to building a sustainable future for customers, employees and shareholders.”

Responses to the DJSI questionnaire were compiled from Delta’s 2014 Corporate Responsibility Report published in May.