A look ahead for Delta Sky Club: Updates, launches and expansions 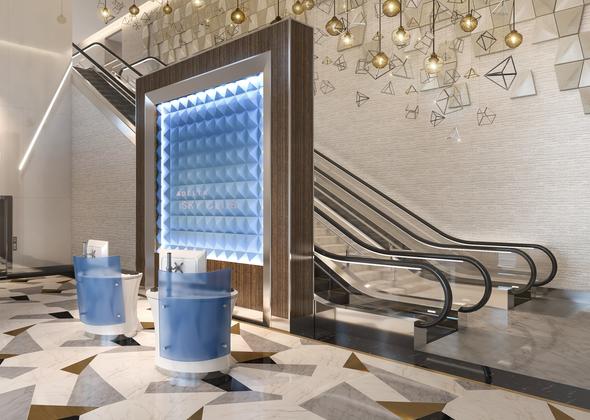 Download
After a banner year of Delta Sky Club openings and expansions across Delta's network in 2022 that resulted in a record number of visits, the airline is changing some of the ways customers can access Clubs starting next year to preserve a best-in-class experience.
DELTA NEWS ON THE GO. Subscribe and follow.

After a banner year of Delta Sky Club openings and expansions across Delta’s network in 2022 that resulted in a record number of visits, the airline is changing some of the ways customers can access Clubs starting next year to preserve a best-in-class experience.

Elsewhere, major expansions of existing Clubs in Nashville and Boston have significantly increased capacity at those locations. Across the network, Delta has invested heavily in its Clubs with increases to seating capacity, premium design updates, locally driven food and beverage offerings and more.

A byproduct of Delta Sky Club’s widespread popularity is visit growth that has outpaced Club capacity — resulting in frustration for some customers who find themselves waiting in lines or searching for seating once inside. To address this, important updates are being made for 2023.

“It’s incredibly important to us that Delta Sky Clubs continue to deliver an industry-leading experience for our guests,” said Dwight James, Senior Vice President – Customer Engagement & Loyalty, and CEO – Delta Vacations. “While we’re thrilled to see so many customers enjoy the fruits of our teams’ hard work, our goal now is to balance the popularity of the Clubs with the premium service and atmosphere for which they were designed – and that our guests deserve.”

Starting in 2023, with these updates, Delta Sky Club access will be available to:

There are no updates to Delta Sky Club access eligibility for: Delta 360 Members; Elite Plus members of other SkyTeam airlines; Delta and SkyTeam Elite Plus members flying in Delta Premium Select and Delta One (or partner airline equivalent) cabins; any customers in Delta One (or partner airline equivalent) cabin.

What’s next for Delta Sky Club

While Delta takes measures to curb Club overcrowding, the airline will continue to plan for major growth, with a robust expansion and opening schedule for 2023 and planned digital investments to enhance the Club experience. Here’s what Delta Sky Club customers can look forward to starting as soon as December:

Beginning next month, Delta Sky Club customers in Atlanta and Detroit will be able to monitor Club availability via the “Delta Sky Club” section of the Fly Delta app. Clubs will display four occupancy levels ranging from “not busy” to “extremely busy,” helping customers better plan their visits.

“Empowering Delta Sky Club customers with greater visibility via the app is a small change that we believe will make a big difference,” said Claude Roussel, Managing Director – Delta Sky Club. “With a digital window into Club occupancy levels, we can give customers more control over their airport journeys and better set expectations when the airport is busy. We chose ATL and DTW for the initial rollout because of the high number of Clubs at both airports, so they can select an alternate Club if their preferred Club is at capacity.”

Most Fly Delta app users traveling through those locations will begin seeing the occupancy trackers in mid-December, as long as their app is updated to the latest version. Expansion to include all Delta Sky Clubs is planned for the first half of next year.

Prioritized entry for Delta’s most frequent fliers and Club visitors

Following a successful operational test in Atlanta over the summer, Delta Sky Club will roll out a dedicated entry lane for the airline’s most frequent fliers at high-capacity Clubs. Diamond Medallion and Delta 360 members and Delta One customers will enjoy expedited entry when Clubs are at capacity, just as they enjoy prioritized boarding on aircraft.

Delta Sky Club’s Local Flavor program showcases a quarterly rotation of emerging hometown chefs, highlighting some of their most popular recipes for Club customers passing through. Local Flavor is currently available in select airports and will expand to all hub locations in January 2023. 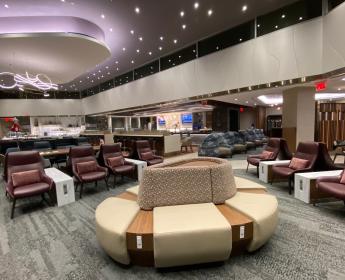 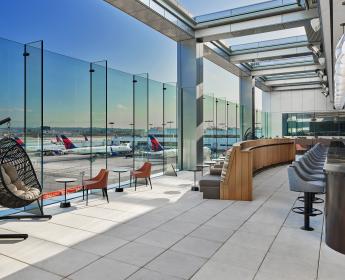